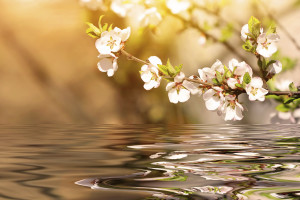 Is an insurance company representative lying or just being misleading?

Car crash victims are regularly told insurance companies pay compensation ranging from $1 to $6,500 for injuries that they dismissively refer to as “soft tissue” injuries.

I suppose if you count only those who negotiate directly with an insurance adjuster, and not those who are assisted by an experienced personal injury lawyer, that statement may be true.

But in my view, failing to add that clarification is appallingly dishonest.

Faced with a public logos such as “building trust, driving confidence,” uninformed crash victims believe what they’re told, that $1 to $6,500 is the range of available compensation. Faced with that range, an offer of $5,000 looks fair and reasonable.

It doesn’t make sense to hire a lawyer, at a cost of one-third of the claim in legal fees, in the hopes of squeezing the extra $1,500 out of an insurance company. It also doesn’t make sense to wait out the very optimistic prediction that is made by the medical system, that the sore neck and headaches will resolve themselves within a very short period of time.

Yes, the prediction is often an accurate one, and it helps to have a positive outlook, but every doctor will agree that the prediction may not turn out to be reality. So why wait?

If fair compensation maxes out at $6,500, what difference does it make if the pain takes a little longer to go away?

Aside from misleading people about the range of compensation, another tactic that can result in gross unfairness is encouraging early settlements.

A “soft tissue” injury that heals completely within two to three months results in a smaller amount of loss compared to a one that never heals, leaving the injured person with neck pain and headaches that never go away.

In fact, at day two, there may be injuries that have not yet become apparent. In my view, the very act of making a settlement offer that soon after a crash is a clear attempt to take advantage of the general population’s ignorance about their rights.

Confronted with a “building trust and driving confidence” image, and a misleading  compensation range, the general public is an easy mark.

Don’t allow yourself or someone you know to be that easy mark.