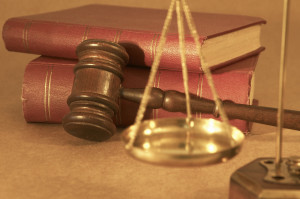 I learned about a couple of things this past week. One is the set of circumstances behind the naming of the Johnson-Bentley Memorial Aquatic Centre.

The other is the basics of our parole system. The murders of the Johnsons and Bentleys occurred before I moved to the Okanagan.

Until reading the media descriptions last week, I knew of them only in very general terms from, for example, a plaque at the pool. I had no idea.

It’s hard to imagine a more heinous crime. The parents and grandparents of preteen girls murdered. The girls, aged 11 and 13, kept alive for six days to be sexually abused then murdered as well.

Three generations wiped out by one man. Man? The word suggests a degree of humanity.

I’ve seen references to him describing him as a monster.

I must admit that my feelings about what he did made me feel the same way.

This monster was handed the mandatory maximum sentence of life in prison with no chance of parole for 25 years.

The pre-meditative and horrific nature of what he did cried out for a reconsideration of the death penalty.

But death wouldn’t cut it. The monster would achieve a peace that those close to the victims, and the rest of society, would never achieve.

Is there a form of torture that might feel more appropriate?

There was a parole hearing for the murderer last week. A parole hearing? How could it possibly be fathomable that this monster be granted parole?

The maximum sentence available in our system is life in prison. This monster committed the most heinous crime imaginable. The sentence, as it was, seemed woefully inadequate.

To let the monster out of prison even one day before he dies is to reduce that sentence.

I read that a petition was submitted to the Parole Board opposing the release. As I was reading, I was thinking about how misguided those who put the petition together had been.

What difference could a petition make? There is no way the monster was going to be let out of prison. There would be no justice in that, and those of you who know me through my column know that I have faith in our justice system.

I then did some research about how the parole system works and found out how wrong I was. So thank you to those of who signed that petition.

How could a lawyer not know how the parole system works? Sorry to burst your bubble but lawyers are not all-knowing about all things legal.

The law is a very broad and dynamic field. There are areas of the law that I will never encounter in my legal career. But we lawyers have the training necessary to research to familiarize ourselves with any legal issues that may arise.

My research led me to the National Parole Board web site and try as I might, I didn’t find any reference to the heinousness of a crime being a factor to be considered in parole decisions.

When considering applications for parole, the first and foremost consideration of the board is public safety.

The factors considered by the board in that regard include the offender’s criminal history, his or her institutional behaviour and benefit from programs, and the proposed release plan.

How could that be? How can our justice system be so absolutely backward that a heinous monster’s eligibility for freedom is based not on the premeditative horrendous nature of his crimes, but rather based on his current risk to the public?

The Corrections and Conditional Release Act includes the following two guiding principles—that least restrictive measures consistent with the protection of the public, staff members and offenders be imposed and that offenders retain the rights and privileges of all members of society, except those rights and privileges that are necessarily removed or restricted as a consequence of the sentence.

In a nutshell, the corrections system is required to give effect to the imposed sentence but only to the extent it is absolutely necessary to do so.

The law mandates a parole hearing after a murderer has served 25 years of a life sentence. If parole is not granted, there is a regular schedule of parole hearings thereafter. If the board determines at any point that the offender is no longer a risk to the public, the legislation seems to require the offender be released on parole.

The bottom line is that a life sentence is effectively reduced to a 25 year sentence if the offender can satisfy the board he is no longer a risk to the public.

That doesn’t feel just. What feels just to me is that a person who has committed the most heinous of crimes spend the rest of his or her life in prison.

When things about our justice system don’t make sense to me, I tend to first to explore the possibility that I am out to lunch.

The reaction I am having to the brutal details of David Ennis’s actions more than 25 years ago, and the prospect he might be granted parole, is one of raw emotion.

I am not so blinded by emotion as not to recognize that the policies of our criminal and correctional systems ought not to be tested against such a standard. The legislation was undoubtedly very carefully considered, publicly debated, and freely approved by a majority of the MPs of the day.

The policies of the National Parole Board simply follow that legislation.

Separating my thinking from the facts of this particular case, I must say that as a citizen, I feel blessed. I feel blessed to live in a country where vengeance is not held high as a virtue and where the liberty of a man who has spent more than 25 years in prison is determined by an independent board of human beings bound by law to look dispassionately at only rational reasons why parole should or should not be granted.

My feelings about the matter are pacified to some extent by my trust that the National Parole Board will look dispassionately at the premeditated and heinous actions of Ennis that took place over the course of a number of terror filled days and come to the conclusion, again and again as the prospect of his parole comes up, that such a monster could never walk the streets without seriously compromising public safety.