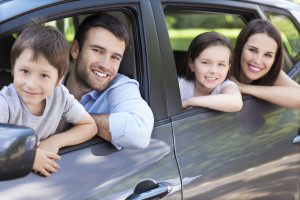 A couple of my clients were late for their appointment last week Their delay was because of backed-up traffic, which is unusual on the Westside. The delay was a minor inconvenience for them and for me.

When I later saw a photograph of a woman in a neck brace being removed from the tangled steel that used to be a car—the top having been ripped off with the Jaws of Life—that minor inconvenience took on a new significance.

Time after time, I am reminded of the pathetic reality that car crashes are all about minor inconveniences. I didn’t hear about the cause of the crash on the radio, see coverage on television or read about it in a newspaper. I saw the photograph because the photographer sent it to me. I know only by unsubstantiated rumour what caused this crash.

Does the cause matter? I think it does.

Almost a year ago, I was moved to write a column about a fatal motorcycle crash on the Westside. A motorist turned into the path of an oncoming motorcyclist. I characterized the death as a killing instead of an accident. I gave my opinion that the motorcyclist was killed by an irresponsible driving attitude that we are all guilty of most of the time.

I faced a backlash from a friend of the lady who caused the crash. It had not been my intention to rub salt into the tremendous guilt she must have been feeling. Rather, it was my intention to make deep cuts and pour iodine into the gross lack of responsibility that most of us are guilty of.

I concluded with the suggestion that we think about the young daughter of the dead motorcyclist the next time we get behind the wheel. The rumour I heard was that the offending driver in this latest crash dozed off and crossed the centre line. Perhaps it was something else.

Perhaps it was a cell phone distraction. Perhaps the driver was picking something up off the floor. Those details are not important.

The root cause, though, needs to be shouted from the rooftops and plastered on billboards. Yes, billboards— preferably those in-your-face billboards blocking the beautiful Okanagan view as we drive down Bridge Hill.

Think about your daily grind. How many easy opportunities do you have to seriously injure or kill another human being? If you work in an office like me, you might look longingly at your stapler from time to time as your boss gets on your case, but filling someone with staples is about as far as you could ever get.

If you fail to show the level of responsibility that your employer is expecting of you, you might cost your employer some money. If that happens once or twice, you will be given another chance. If it happens enough times, you might lose your job.

When you have the care and control of a motor vehicle, there is no boss looking over your shoulder. Sure, there is a police force making sure you follow the very basic rules of the road. But most of us can avoid tickets driving in auto-pilot.

But here are no second chances when you are behind the wheel. Stopping for a nap before continuing on, waiting to answer or make the cell phone call until you reach your destination, leaving whatever it is on the floor until you stop, leaving your car at the bar and taking a cab home, are all minor inconveniences.

Auto-pilot kills. When I saw the photograph of the lady in the neck brace, I got that sick feeling in my stomach knowing that she will never be the same. That photograph should be the one on the billboard, alongside a picture of the little girl.

Somehow, we need to be reminded every day, every hour, every minute, every second, that we hold the physical well-being and lives of other human beings in our hands when we drive.