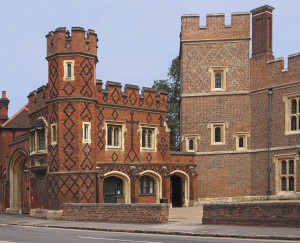 This week’s posting has nothing to do with car crash claims. I was all set to write about insurance defence lawyer tricks. But that will have to wait for another week.

You see, the Government of Canada’s apology to survivors of Indian residential schools knocked me on my keister, and I feel compelled to write about it.

I had considered myself a reasonably aware Canadian. I did well in elementary, middle and high school. I went on go achieve a degree in business administration and then a law degree.

I listen to CBC Radio every chance I get, except when they play the really boring end of classical music. I have been gifted with an unusually developed sense of empathy.

I say it is unusual because people typically respond quite negatively when that empathy has led me to express compassion for certain segments of our population.

We have all heard negative comments about our Native people. The comments are typically geared around the notion that they should “get over it.” And move on.

Why should they be entitled to all this special treatment and all those federal dollars? Whatever happened to them was ancient history.

Those comments have irritated me, though I confess I haven’t been vocal about my irritation. I didn’t need to hear our government’s apology to know that some awful things had happened at the Indian residential schools.

After all the incidents of child sexual abuse we have been exposed to in the media, I suppose I would expect that there would be some level of sexual abuse in any institutionalized setting.

I have empathized with our Native population based on a whole host of other historical factors. As it turned out, I have been ignorant with regard to one of the most compelling of those factors.

In my view, it is ignorance generally that gets in the way of empathy. How can you walk a mile in another person’s shoes if you are uninformed as to their experience?

The piece about these schools that threw me on my keister was something that I as a Canadian should have been intimately familiar with.

It is something that should have been taught to me in the school system. There should be a national Indian residential school week so that those who didn’t pay attention in school would gain appropriate awareness.

Children were forced from their families and sent to these institutions. Yes, forced. Get your head around that.

It wasn’t a matter of encouragement. Their parents didn’t weigh the pros and cons and decide to send their children away because of the wonderful educational opportunities they would have.

It also wasn’t a matter of a week or two, a month or two or a year or two. It was years and years.

I wouldn’t care if they had been sent to the garden of Eden. What kind of psychological damage do you think you would suffer if your children were taken away from you for years and years?

And what about the psychological damage to the children? And, in actual fact, this was light years distant from the garden of Eden.

These were places where the children’s identities were stripped from them, they were taught to be ashamed of their heritage and yes, many of them were abused.

I’m thinking that I would welcome some of the most vile physical and sexual abuse if it would mean that I would avoid having my children taken from me.