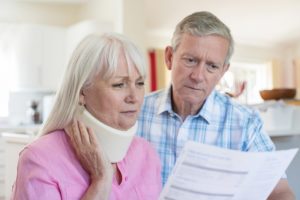 When I ask this type of question: “Why did you have only four sessions with a kinesiologist?.” I often get: “That’s all ICBC approved.”

I get so frustrated, I probably get red in the face and start twitching.

I wonder what guidelines ICBC adjusters go by when deciding whether or not to “approve” care, and how much to approve.

It’s not their fault, of course. They are just doing their jobs, cogs in the wheels of a massive insurance company.

And without medical training, how can they be expected to know that it takes a whole lot more than four sessions for a kinesiologist to assess, establish and supervise a stretching and strengthening program to maximize recovery?

They are reasonably receptive to extending approvals, if presented with a doctor’s note. Which leads to a song and dance routine, the adjuster “approving” some level of care and then requiring an endless series of doctor notes for extensions.

What a dreamland it would be if an injured victim could simply focus on their recovery.

Doctors could focus on treating their patients, scheduling follow up assessments at a frequency they determine to be optimum rather than wasting their time on arbitrary note-driven consultations.

I have important medical and legal advice to innocent crash victims who are facing this song and dance:  If at all possible, get off the dance floor.

I say “if at all possible” because many cannot afford care without ICBC’s up front financial contributions, even with “beg, borrow and steal” efforts.

But most can, if they think outside the box to find the dollars and cents. And that’s what it takes because nobody has extra cash sitting in their bank accounts. And many are facing lost income at the same time as the added care expenses.

Consider, for example, going to a brother or sister, parent or grandparent for help.

It’s not a handout. It’s temporary.

If you were the innocent victim of another driver’s negligence, ICBC will have to reimburse every dollar of reasonably incurred expense as part of your claim even if you leave them alone on the dance floor and don’t provide them with a single doctor’s note.

You can focus on your recovery, avoid the stress of continual dealings with an ICBC adjuster, and ensure that your care is not interrupted. This will maximize your recovery.

And you will avoid all sorts of arguments ICBC likes to make down the road that you didn’t do enough to get better. Yes, ugly as it sounds, they can make those arguments even if they refused to “approve” that care at the front end.

ICBC’s lawyer made all sorts of arguments to avoid having to reimburse expenses.

Wanting to avoid reimbursing the expense of chiropractic care, they argued: “No physician has ever recommended chiropractic treatment to the Plaintiff as a form of treatment”.

The judge addressed that argument with:

“A plaintiff is entitled to seek treatment from a chiropractor whether a physician has referred him or not. The plaintiff had seen a chiropractor before the accidents. He obviously felt chiropractic treatment had been beneficial before and would likely assist him again.”

They also argued against having to reimburse for physiotherapy and massage therapy on the basis that those therapies had not been shown to improve the Plaintiff’s condition. That argument fell flat as well, the judge saying:

How do you ensure that the expenses you incur will be seen to be reasonable?  Simply seek and follow the care recommendations of your treatment team!