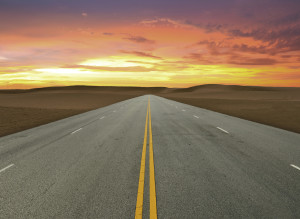 Over the last three to four years that this column has run, I’ve written nearly 200 pieces. Except for those occasions when I have been distracted by other topics, I have written about particular aspects of personal injury claims.

I’ve not described what to expect when going down the road of pursuing compensation for injuries that have been sustained, typically, in a car crash.

Sometimes it is easy to miss the forest, for the trees.

There is no magic to it. The first, longest, and most important phase is the treatment recovery phase.

During this phase, you are doing whatever you can do to heal from your injuries.

I have written separately about how important it is to be very proactive about your medical care. This is for the obvious reason that it will accelerate your recovery.

I’ve also written about how the failure to do this will hurt the prospect of achieving the goal of what you consider to be fair compensation in your claim.

This phase is often a long one. The typical injuries sustained in a car crash are the ones that take the longest to resolve, and the ones that most often lead to eventually permanent symptoms, the dreaded “soft tissue” injuries.

Fractures heal, typically, in six to eight weeks. In comparison, the straining and tearing of muscles, ligaments and other connective tissues can result in permanent problems.

There is no way of assessing the fair value of compensation for injuries until we know how long you will suffer from those injuries and, if permanent, what the permanent symptoms will end up looking like.

In my experience, it takes at least two to three years to exhaust all treatment options and to wait while “time heals.”

Once you have reached a plateau with your symptoms that the medical specialists say is unlikely ever to change, it is time to figure out how much compensation would be fair, to compensate you for the pain, loss of enjoyment of life, expenses and income loss occurring since the crash and into the future.

That’s a huge project. It involves reviewing all of your medical records, the opinions of doctors and specialists, your employment and income records, tallying up receipts, and researching case law indicating what compensation was paid for others who have suffered similar losses.

The next phase is wrestling that fair compensation out of the insurance company.

This involves a negotiation phase and then, if necessary, a trial. Trials are seldom necessary.

Throughout the recovery phase, steps are being taken to build a war chest of evidence that can be used at a trial.

Once the insurance company sees all the cannons lined up, recognizing that they will be forced to pay fair compensation if the matter goes to trial, they will typically make the good business decision of offering a settlement within the range of what is likely to happen at a trial.

If the insurance company sees chinks in the armour that they think they can exploit against you at a trial, the offer you want may not come and a trial may be the only way to achieve it.

Perhaps there was a reason why I’ve avoided this column topic up until now. It’s mighty dry!

Hopefully it was of interest to at least some of you.