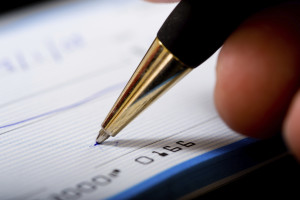 It’s the kind of press that gives personal injury lawyers a bad reputation.

A lawyer visits a badly injured crash victim in the hospital days after the crash and signs up the client.

Four and a half years later, after feeling pressured to accept a $250,000 settlement, the crash victim ends up with nothing. I know nothing of the case except what I read on a news organization’s web site. I am assuming that the story was reported accurately, even though it told only one side of the story.

The reporter noted the lawyer declined to comment on the case, the lawyer saying it would be unprofessional to do so.

Darned right it would be unprofessional.

I wish the reporter had explained that to tell his side of the story, the lawyer would have had to breach his obligation of confidentiality to the client.

Yes, even though the lawyer is being publicly tarred and feathered, he cannot breach that obligation and defend himself in the media.

Without more facts, I cannot address the particular complaints against the lawyer but I can address what appears to have been at the root of the problem.

It is clear from the report that the injured person ended up with nothing because she had borrowed a whack of money, some of it from a commercial lender at a horrendously high interest rate.

When the lawyer ran out of money after having lent $70,000, a commercial loan was arranged to pay the lawyer back. The lawyer then continued to lend money on a monthly basis.

Why did the woman borrow all that money? I expect, like most other people disabled by crash injuries, she was in a bad financial situation.

With lost income and expensive therapy, crash injuries can be financially devastating.

The thing is, it’s not the case that drags on but rather, the recovery period from serious injuries, typically soft tissue. How do you make ends meet in the meantime? How do you pay your mortgage, put food on the table and pay for your treatments?

Banks don’t lend money on the strength of outstanding personal injury claims. That void in the lending market is filled by companies like Lexfund, which can charge insane interest rates because no one else will lend crash victims the money.

The ironic thing about this case is that the lawyer is being made out to be some greedy nasty, when, in reality, it appears he started out by doing what the banks wouldn’t do, even for reasonable interest rates—lend money to his client so she could make ends meet. There is no indication the lawyer charged the woman any interest.

It was only when the lawyer ran out of money that the loan was arranged to pay the lawyer back. The lawyer didn’t skip a beat with advancing money to his client and continued doing so until the case settled.

The woman seems to complain that she would have arranged a job months before if the lawyer had stopped providing her with the financial support. That’s an interesting complaint against the lawyer.

Covering living and treatment expenses until a personal injury claim resolves is a very serious problem.

The governing body for lawyers in British Columbia frowns on lawyers lending money to their clients, even as in this case when the loan was apparently interest-free.

High interest lenders like Lexfund then step in. How we solve that problem is an also interesting question. In my practice, I look for lenders who are willing to take a chance on my clients at high, though not astronomically high, interest rates.

I then spend considerable time counselling my clients to borrow that money as an absolutely last resort.

Perhaps it’s the counselling side of the lending equation that may have fallen short in this case. Clearly, if the woman could have arranged employment and paid her expenses without borrowing money, she should have been doing so. It’s puzzling to me why that did not occur to her.