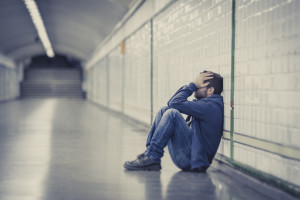 Alan Young, a professor at Osgood Hall law School and 20 law students, are up against a dozen government lawyers.

I love David and Goliath stories.

I admit to having a degree of jealousy of law professors. As academics, they have the luxury of putting their brilliant legal minds in support of whatever cause piques their interest.

Perhaps in my retirement I would have that luxury as well, though my buddies would suggest absent the brilliant legal mind!

Alan Young’s interest is piqued, apparently, by helping the most vulnerable of our society. The vulnerable segment of our population that benefitted from the mostly pro bono (free) legal work in this case, was prostitutes.

For most of us, prostitution is not part of our reality. We know that it goes on, as it has since the beginning of time, but we don’t see it and we like it that way.

We have known that prostitutes are often abused by their pimps and the johns but somehow the men and women who prostitute themselves have not been seen to be a priority. Canadian prostitution laws have remained largely unchanged for the last 150 years. Our laws curiously permit the payment of money for sex, but force that activity underground by prohibiting everything associated with that basic activity.

There have been debates about changing those laws, that have the effect of putting those “out of sight, out of mind” prostitutes in danger, but of course it hasn’t been a politically attractive cause for our elected leaders to take on. If ever the oppressive nature of our prostitution laws ought to have been reviewed, it ought to have been when that oppression was put in the spotlight of the Pickton murders. So much for “ought to.”

We are very lucky, in Canada, that we do not need to rely on political will to make changes to our laws.

We have a Charter of Rights and Freedoms that was enacted by our government of the day to protect our basic human rights. We have a judiciary that is truly independent of government, i.e. the men and women judges who pass judgment in our court systems are not influenced by the government.

Finally, we have generous, principled souls like Professor Young and his team of law students who will go to war against a team of government lawyers to challenge laws that breach the basic human rights the Charter is supposed to protect. Professor Young and his team were successful in convincing a judge in Ontario that the laws putting prostitutes in danger are in breach of the Charter of Rights and Freedoms.

In the words of Justice Himel: “…I declare that the bawdy-house provision, the living on the avails of prostitution and the communicating provision… violate s.7 of the Charter and…are, therefore, unconstitutional.”

Our political leaders in Ottawa were faced with a decision. They could have redirected the expensive legal resources they had been spending losing the battle against Professor Young towards reviewing and changing the laws.

Unfortunately, they have taken the other road of continuing to direct expensive legal resources against Professor Young by appealing the court’s decision.

I shouldn’t blame the politicians. It’s not the politicians’ fault that our political system discourages them from taking principled stands on important issues because doing so can get them booted out of office. We should really blame ourselves for not shouting loudly in support of the most vulnerable among us, so as to make doing something about it more politically.