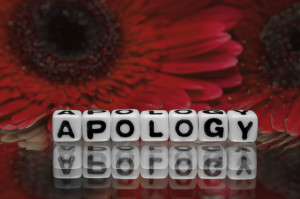 Sorry!  This was supposed to be my third of a series of columns, but I feel compelled to write about the Ghomeshi acquittal while it is still fresh in our minds.  I promise to resume, next week, with the third of my series of columns about tactics used by ICBC and other insurance companies when negotiating personal injury claims.

Early on, when details of allegations against him were just surfacing (it was immediately after the CBC interview of Lucy DeCoutere), I wrote a column in Mr. Ghomeshi’s defence.  I wasn’t a fan of Mr. Ghomeshi and didn’t know him personally but it seemed to me that the trashing of his reputation, loss of career, and growing public perception of him as a monster were way out of proportion to the particular allegations being made by Ms. DeCoutere.

Attempting to paint what I perceived was a more accurate impression of Mr. Ghomeshi, I envisioned and wrote about an analogous scenario where a consensual intimate encounter takes a “rougher sex” turn on the mistaken but honest belief that there was mutual interest in going down that path.

I was distressed (horrified, actually) to learn that my column led some to perceive me as misogynistic.  I wrote another column to clarify my very emphatic personal views about consent, i.e. that a mistaken but honest belief in consent is not good enough.  This is my personal view, by the way, which is stricter than the criminal law.

I also found myself feeling differently about Mr. Ghomeshi as more and more allegations surfaced.  Allegations that he yanked a woman’s hair and slammed her head against a car window, for example, and other more severe details, fit more within the “monster” category.  I felt embarrassed that I had written in support of Mr. Ghomeshi at all.  I came to the conclusion that he really was a monster and must have been guilty of the charges against him.

Then came the trial, when those casting out their allegations through the media were required to testify under oath, facing the best tool our justice system has to arrive at the truth: cross-examination.  There were no bright lights, rubber hoses or waterboarding tactics used by Marie Henein, Mr. Ghomeshi’s defence lawyer.  She simply tested each aspect of each allegation, exposing exaggerations and inconsistencies every step of the way.

Compare what each of the accusers swore to be the truth after being cross-examined at the trial with the “stories” they told through the media.  It is a stark contrast.

That stark contrast was part of what led the judge hearing the case to be left with reasonable doubt about the truth of that sworn testimony, leading to Mr. Ghomeshi’s acquittal  (the decision can be accessed here).

Had each of the accusers told the same version of events to the media as the version of events they ended up admitting to under cross-examination; had they given fair, consistent testimony at the outset, without the requirement for skillful cross-examination to get to the full truth, perhaps Mr. Ghomeshi would have been convicted.  It is important to note that an acquittal is not the same as a finding of innocence.

Looking in the mirror, how did I, and many others, allow ourselves to judge a fellow citizen based on unsworn allegations shared in the media, which cannot really be given a higher regard than any other gossip?  More importantly, how dare I, particularly given my legal training and experience, ignore the important presumption of innocence that is a cornerstone of our criminal justice system.

I am, again, embarrassed.  I apologize, Mr. Ghomeshi.