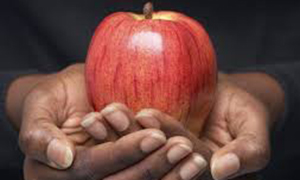 Are you disqualified from fair compensation for injuries if you were not perfectly healthy before a crash?

Insurance companies would have you think so. The fact is, a crash victim who struggled with a history of medical conditions before a crash might be entitled to much more compensation than a victim with a clean pre-crash bill of health.

Many people are saddled with some type of chronic medical issue.

One example might be a “bad back” that is pain-free most of the time, but requires a visit to a chiropractor every two or three months to keep it in check. Another might be neck and shoulders that get tense and sore by the end of a work day requiring a relaxation massage every so often to release the tension.

Another might be a history of depression that has reared its ugly head a handful of times over a lifetime but is always easily handled with a short period of anti-depressant medication.

Let’s say there’s a lady with all three of those medical issues. Like most people with similar conditions, they have not held her back. She is a productive member of the work force and she enjoys all sorts of activities.

Then she is in a crash. As happens at a bizarre frequency, a day-dreaming motorist doesn’t notice that traffic on the highway has stopped and plows into the back of the lady’s car at full speed.

As is almost always the case, her injuries are invisible. The seat belt did its job of preventing visible injuries like broken bones by keeping her body from flying into things.

By restraining only parts of her while allowing other parts to fling around, however, the seat belt caused its own type of tearing and straining damage that does not show up on an x-ray or MRI.

This is a whiplash injury to the neck. Instead of just some tension and soreness at the end of the work day, she is left with a constant ache.

The lower back is also injured. Instead of a flare up every two to three months, she is constantly in pain.

Expecting a quick recovery, and with the help of pain medication, the lady perseveres and doesn’t skip a beat at work.

The activities she used to enjoy, though, are put on hold because of the chronic pain and medications that leave her feeling beat by the end of the day. It doesn’t take long for the chronic symptoms and disruption of her previously enjoyable life to cause her to relapse into depression.

It’s not easily handled this time with a short course of anti-depressants, though, because the cause of the depression cannot be resolved. She falls into a deep depression.

The depression puts her over the edge and she can no longer manage to continue working. Eventually, she is assessed as permanently unemployable and she has to rely on social assistance indefinitely.

On the other hand, if it were not for the pre-existing neck condition, the whiplash injury would not have been as severe and would have completely resolved. The same goes for the lower back. If she hadn’t suffered a history of recurrent depressive episodes, she would never have suffered from a deep depression arising from this crash.

If a perfectly healthy person had been in the exact same crash, she might have suffered from a couple months of pain and completely recovered without ever taking any time off work.

Without legal advice, particularly while fighting depression, this lady might be convinced that she has a weak claim. Why should the insurance company have to pay a bunch of money to compensate her for her pre-existing conditions?

The thing is, that question implies an unfair piece of logic. The law, which the insurance company is woefully remiss at sharing with unrepresented claimants, is that she would have a very strong claim.

The scenario I shared with you is a classic example of what is referred to in legal circles as a “thin skull” scenario. While a hammer hitting a skull with a normal thickness would have caused minimal damage, the person with a thin skull suffers a very serious loss.

As I’ve said before, this is no lottery. It is just trying to give back, to the extent money is capable, what the injured victim has lost.

I feel like a broken record sometimes. Don’t rely on the insurance company to tell you what your claim is worth— get legal advice.