“If you want trial dollars, you’re going to have to go to trial” 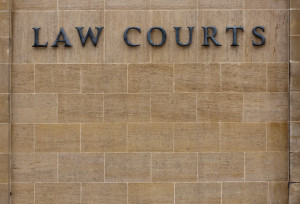 I wish to be very clear that I am not quoting the ICBC adjuster who has been assigned to the majority of my cases, nor any other adjuster I am dealing with.  I have been given that quote from other personal injury lawyers, the words spoken by other ICBC adjusters.

I have committed not to quote from adjusters I deal with.  My reason for giving that commitment is to avoid interfering with the important relationship that develops between insurance adjuster and plaintiff lawyer.  My ability to effectively negotiate on behalf of my clients would be impaired to the extent that adjusters I deal with are concerned that whatever they say could be broadcast in my next column.

What ICBC adjusters are saying is that if you want fair compensation you will have to go to trial.  They will not negotiate in good faith, when “good faith” means negotiating to achieve a fair result.

It’s another of many smart ICBC policies.

Remember the “Low Velocity Impact” policy I’ve written about more than once before, with ICBC refusing to make any offer at all to settle a claim, however reasonable the claim might be, if the damage to the bumpers is not above a certain threshold?  As ridiculously unfair as it may be, it’s a brilliant insurance company policy because most people will walk away without putting up the fight for fair compensation.

Then there’s the policy of making low-ball settlement offers to unrepresented victims, i.e. victims who have not hired a lawyer.  Adjusters lead injured victims to believe that their low-ball offers are fair, and discourage them from seeking the legal advice that would teach them the true value of their claims.  It’s another brilliant policy because most people believe what ICBC, a crown corporation seemingly looking after their interests, is telling them.

The problem with this latest policy is that along with being unfair, it is actually interfering with the administration of justice in the Province of British Columbia.

Our court system is underfunded as it is.  I think it’s fair to say that anyone “in the know” will tell you that the Province of British Columbia is shirking its responsibility to finance our court system.  The insufficient funding, in itself, puts a strain on the system’s ability to handle cases that reasonably need to go to trial because two opposing parties, after bargaining in good faith, have been unable to settle their dispute.

A policy by the monopoly liability insurance company to refuse to bargain in good faith, essentially forcing British Columbians to take their claims to trial to achieve fair compensation, is putting the already strained court system in crisis.

The thing is, there are enough lawyers with the chutzpah to insist on fair results that the refusal to bargain in good faith is causing the already strained court system to crumble.

It used to be unusual for trials to be adjourned because of a lack of court resources.  Adjournments are becoming par for the course.  Turning to the legal maxim: “justice delayed is justice denied”, ICBC’s policy is negatively impacting on the administration of justice.

Perhaps if the Province of British Columbia would start putting the profits it skims off of ICBC into the court system instead of into general revenue, we could end up with at least something of a balance.

The alternative is going back to bargaining in good faith.  Any chance of that, ICBC?