A child, whose own carelessness contributes to their injury, can indeed be held accountable. 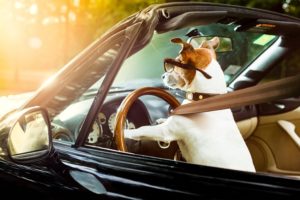 This is the third in a series of columns reviewing legal duties when a child, darting out from behind a parked car on a residential street, is struck by a car. The series is based on the legal decision of Bourne (Guardian ad litem of) v. Anderson,  1997 CarswellBC 667.

My first column, just before Halloween, reviewed the duties of a motorist who becomes aware of children present on a residential street. Their duty is to take special precautions such as immediately slowing down and keeping a sharp lookout so that if a yet unseen child darts out, a collision can be avoided.

I then reviewed the duties of parents. They are not held to the standard of producing perfectly obedient little soldiers, nor to keep their children on a leash. But there is a “parental duty of care” to reasonably teach our children about road safety and to monitor their behaviour to ensure those lessons are sticking. If they fail in that duty, a parent can be held partly accountable.

That leaves the child who darted out.

An adult who darts out in traffic will have no entitlement to compensation unless the motorist hitting them is also negligent, and in that case there is an assessment of their respective percentages of fault. The injured pedestrian’s compensation is limited to the percentage fault of the motorist.

Children are handled differently. Duties of care are always about what’s reasonable. It would not be reasonable to hold a six or seven year old child to the same standard of care as that of an adult.

The court first considers the standard of care expected of a child of similar age, intelligence and experience. And then compares the victim’s behaviour against that standard.

The judge in the Bourne case noted that the question is not an easy one. He explained the puzzle as follows:  “What causes me much concern is the well-known fact that generally speaking young children are forgetful and easily distracted, and often the need to take care for their own safety, and safety lessons drilled into them, fail them or are forgotten when crossing or attempting to cross a street. And this is particularly so if they are involved in some sort of a game with an older child or children; for example, a child chasing a ball, or another child, onto a street. Given the propensities of young children, I find it difficult to postulate the care to be expected from the reasonable child in such circumstances.”

The judge found that 7 year old had been capable in law of being contributorily negligent because of his age and road safety training. But he was unable to say that the child’s conduct in the circumstances of getting caught up in a game of hide and seek with his older (9 years old) friend who had safely crossed the street immediately ahead of him was any different from what might have been expected.

The end result was that the child was entitled to full, fair compensation for his injuries and losses.

Please very carefully guard against getting to the point of your liability insurance company pointing fingers at a child or their parents to avoid having to fully compensate a child for their injuries and losses. How?  Jack up your level of care and awareness behind the wheel and keep in mind how forgetful and easily distracted children are.