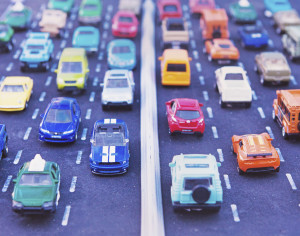 When I meet new people and the inevitable question pops up “What do you do?” I find I feel sheepish responding I am a lawyer. It doesn’t stop there. I feel like pulling my head into my turtle shell when they press further to find out what kind of law I practice.

It is the preconceived notions that many people have about car crash claimants and their lawyers that cause me to have those feelings. Car crash claimants are perceived to be milking the system, trying to screw the insurance company.

I am perceived as the high-priced lawyer the undeserving claimant has hired to ensure three cherries come up on the slot-machine at the end of the claim. In reality, not one of my clients has ever told me they want to “screw” the insurance company. To the contrary, I usually find them struggling to convince me during our initial consultation that all they want is what is fair. They feel the public perception more than I do. They live it every day of their lives. Their tone and presentation says: “Please believe me. Please believe I am one of the honest few who are deserving of justice”.

They have likely held those preconceived notions themselves before the crash, and have struggled through the stereotypes with most of the people they have come across since the crash. Most people who have been injured in car crashes do not appear to be injured. Seatbelts, air bags and protected passenger spaces have largely eliminated visible injuries such as broken bones and nasty scars.

Car crash injuries are typically to muscles, ligaments and other connective tissue that is under the skin and cannot be seen. There is no cast or ugly scar to signify the injury. Neck collars are rarely used. Typically, x-rays, MRI’s and CT scans do not pick up on such injuries. These people appear to be fine. Their very real pain cannot be seen. As typical Canadians, they say they’re fine when asked and do their very best to mask the pain and to limit the impact of the pain on their lives. It is no wonder there is a perception that they are not really injured.

It is also no wonder that the fact they are pursuing a claim up to three or four or five years after a crash, when they have appeared to be perfectly fine over that time period, might seem suspect.

This leads to the nasty reality that my job is really not about screwing an insurance company. Rather, it is about ensuring my clients do not, themselves, get screwed. The defending insurer has the upper hand. It gets access to medical, school and employment records that they can scour through to find nasty little tidbits to be used against a claimant.

They have seemingly unlimited resources with which to hire private investigators to spend hours or days videotaping claimants to get footage of them appearing normal. It can assert tremendous financial pressure by choosing whether or not, to what extent and how long they will fund medical treatment.

They also have the financial resources to hire the best lawyers money can buy. Well, that’s not quite accurate. They cannot hire me or other like-minded lawyers who act only for injured claimants in car crash cases.