Last week I started telling the story of a lawsuit where two of four daughters had attacked their mother’s will. Each of the two had been left only 5% of an estate worth over two million dollars. 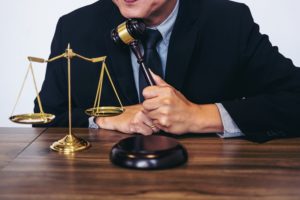 Their first line of attack was that Dorothy, the daughter left with the lion’s share of the estate, had exerted “undue influence” on their mother.

They failed miserably on that point.

The court described their mother as having dominated all of the relationships she had with her children, including Dorothy. The court went so far as to note that “Anyone who defied her suffered her wrath.”

But the law allowed them to go further, to attack the very allocations their mother had chosen to make in her will.

Their right to do so came from section 60 of the Wills, Estates and succession Act [SBC 2009], Chapter 13 The actual words of that section are as follows:

I imagine the domineering matriarch turning over in her grave if she knew that her daughters had dared to challenge her testamentary wishes!

And how unfair that they were able to do so behind her back, their mother no longer here to defend the allocations of over $100,000.00 to each of them as having been “adequate, just and equitable in the circumstances”.

By learning how the courts apply that legislative provision when second guessing a testator’s allocations, you can be best armed to anticipate how your own will might be attacked and take steps while you are alive to protect against that.

When beneficiaries are independent children as in this case, the court consider allocations in the will in light of the testator’s “moral duties” to each of the children. The court assesses moral duties on the basis of “society’s reasonable expectations of what a judicious person would do in the circumstances”.

Mr. Justice G.C. Weatherill listed six factors considered by the court “when determining the existence and strength of a testator’s moral duty to independent children”. He referred to a previous case of McBride v. Voth, 2010 BCSC 443, where the factors were summarized and explained.

The first factor is “Contribution and Expectation”.

The “contribution” part has to do with what a child has done or contributed to help build or grow the estate, or to provide other types of help, support or care to the testator.

When we help out our parents, we hopefully do so out of love, without holding out for bigger share of their estate. But the amount of time and financial support a parent needs can become quite significant over time and often falls much more on the shoulders of one of the children.

A will should be reviewed as circumstances change. An equal distribution might have been perfectly fair at one time, but not so much after one child has made considerable personal and financial sacrifices caring for and supporting an aging parent.

The “expectation” part is when the testator has acted in a way that has led a child to a reasonable and good faith expectation that he or she will receive something from the estate.

In this case, Dorothy (the one who received the lion’s share of the estate) had lived most of her life in a second residence on the mother’s property while her sisters had acquired residential properties of their own. The court found that “Dorothy had a reasonable expectation that she would not be left homeless” after their mother died. This expectation was supported by journal entries by the mother, that she wanted Dorothy to have a house in exchange for her contributions and care over the years.

Might you be acting in such a way that one of your children might be reasonably expecting something from your estate?  What might you do to avoid a miscommunication or misunderstanding?

I plan on reviewing the other five factors in subsequent columns, hoping to help you learn about how to best ensure that your wishes will survive an attack after you have passed.

But this area of the law is complex, and I am able to provide only a very minimal glossing over of the subject matter in my column. Please obtain legal advice specific to your particular circumstances from a lawyer with expertise in wills and estate planning to maximize the likelihood that your intentions will not be interfered with, and to minimize the likelihood of a lawsuit.