You can’t take it with you. But how much control do you have over what happens to your estate after you’re gone?  A recent court decision sheds light on a number of legal factors. 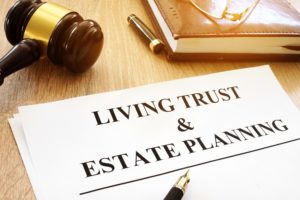 The decision: Trudeau v. Turpin Estate, 2019 BCSC 150, also shines a bright spotlight on very personal (at times sordid) details of the lives and relationships of a strong matriarch and her daughters who were fighting over her estate.

Details that at least one wished had remained in the shadows, even to her. She was quoted as saying: “I wish I hadn’t learned all that I’ve learned – I didn’t need to know it”.

Want to maintain your family’s privacy?  The more predictable the outcome of a lawsuit the less likely a trial will be required. Encase your testamentary wishes in as much steel and concrete as possible to dissuade your beneficiaries from attempting to challenge them.

The matriarch died with an estate consisting primarily of a piece of residential property valued at over $2 million.

An earlier will had the estate divided equally among the four daughters. The matriarch later changed her will, reducing the shares of two daughters from 25% to 5%. In dollar terms, that was a reduction of over $400,000.00 each.

The two daughters with reduced shares attacked their mother’s will.

One line of attack was that Dorothy had exercised “undue influence” over their mother.

If ever there was someone in a position to exercise influence, it was Dorothy. She had lived on their mother’s property for over three decades. And the revision to the will was made the year before the matriarch passed away, at age 87, when she would have been expected to be most vulnerable to being influenced. And Dorothy had driven her to the lawyer’s office.

But for a beneficiary’s influence to invalidate a will, it must go a lot further than what you might expect. The court defined undue influence as “influence which overbears the will of the person influenced so that what he or she does is not his or her own act”.

That’s a mighty high threshold. But if a presumption of undue influence has been made out, the law places the burden on the beneficiary defending the will to prove that the testator acted as a result of her own “full, free and informed thought”.

How do you do that after the testator has passed away?

You shine that dreaded spotlight on the family relationships and dynamics.

After hearing all the evidence, the judge concluded that the matriarch “…was a stern, strong-willed, no-nonsense, and domineering woman. She held strong points of view and unrelenting opinions and philosophies and was not easily dissuaded from them. She was well able to stand up for herself, defend her beliefs, and was quite prepared to assert her views. Anyone who defied her suffered her wrath.”

With comments like that, it won’t surprise you that “undue influence” attack failed.

It helped that the matriarch had her will done by an experienced lawyer. It is part of a lawyer’s job when taking will instructions to assess not only your cognitive capacity to give those instructions, but also to take precautions to avoid a person acting under what the law defines as “undue influence”.

It also helped that the matriarch had kept a journal. Entries indicated a longstanding intention to divide her estate in a way that was similar to what ended up being her final will.

But that wasn’t the end of the attack. Even if you are of completely sound mind and not under the “undue influence” of another, your will can be attacked on the basis that it does not “…in the court’s opinion, make adequate provision of the proper maintenance and support of the will-maker’s spouse or children”.

You can read the provision for yourself. It comes from section 60 of the Wills, Estates and succession Act [SBC 2009] Ch. 13.

In future columns, I will share how that legislation has been applied by the courts in this and other cases, which will help with understanding how you might protect your testamentary intentions.