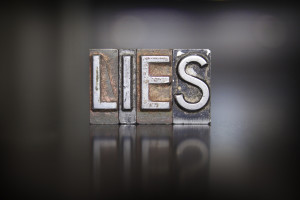 A distaste for those who lie, cheat and scam is a common human experience.  Is it because each of us has been lied to, cheated, or scammed, and have felt the sharp pangs of betrayal?

Each of us feels it to the extent fraudsters and scammers cheat ICBC.  Recent news has ICBC pointing at fraudulent claims as a reason for their request to increase our auto insurance rates.  They refer to a newly uncovered “jump-in” scheme where relatives of someone who has actually been in a crash pretend that they were in the crash as well, pretend to be injured, and submit claims for those pretend injuries.

We throw our full support behind the Special Investigations Unit of ICBC uncovering these sorts of fraudulent schemes and bringing the scammers to justice.  An exposed liar or cheater who is brought to justice leaves an aftertaste sweeter than honey.

I am enjoying that sweet aftertaste after reading two recent court decisions related to one ICBC claim. The first decision, rendered in March, 2015, is the trial judgment, following 33 days of trial.  That decision tells a riveting (to me!) story of fabrication, exaggeration and attempted witness tampering that ends with a judgment in favour of the plaintiff of $36,042.30.

The second decision, rendered August 26, 2015, is the same judge’s decision about the “costs” of that trial.  Generally speaking, “costs” is compensation paid by the unsuccessful party to the successful party for expense incurred in the litigation process.  The normal costs award is in favour of the plaintiff.  In this, very unique, case, the plaintiff is recovering none of her costs and instead is having to pay costs to the defence.

The plaintiff’s settlement offer leading up to the trial was $2,000,000.00.  The defence had offered to pay her $250,000.00.  How wonderful that her greed led her to reject the defence offer and proceed to trial where her deception was exposed.

I have written several times about the importance of credibility in a personal injury claim.  Great care needs to be taken not only to be scrupulously honest and forthright, but also to avoid completely innocent inconsistencies.

One of the greatest of injustices, in my view, is where innocent inconsistencies are used to plant seeds of doubt that can result in an honest and forthright injury victim being unfairly dealt with.  The plaintiff in this case had a laundry list of inconsistencies, which the trial judge reviewed item by item, and they were far from innocent.

The judge introduces the laundry list with the following: “The evidence of the plaintiff with regards to that incident was only the beginning of her attempts to fabricate evidence so as to exaggerate what had occurred, her injuries and their effect on her life since 2008.  This section of my reasons for judgment dealing with the lack of credibility of the plaintiff could consume many, many more pages than I will record, but I will highlight certain aspects of the evidence in the following discussion”.

Just one of the inconsistencies referred to by the judge was the stark difference between how the plaintiff moved at the trial and her movements that had been recorded in video surveillance.  At trial, she “…exhibited considerable physical discomfort, rarely turning her head to either side.”, whereas there was nothing of the sort apparent in 16 days of video surveillance.

What are the financial consequences to the plaintiff?  I expect that she will be facing costs consequences well in excess of $100,000.00 after the dust settles.

Do you want to read the court decisions yourself?  E-mail me and I’ll send you the links.