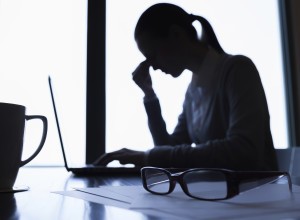 I heard about a disastrous jury verdict in Kelowna last week. I don’t know many details, but what I do know makes me feel ill.

A young woman was injured in a car crash. She put her case into the hands of excellent lawyers. The case went to trial before a jury of eight Kelowna residents. The trial took weeks to resolve. The jury verdict was $18,000.

The lawyers acting for this young woman must have believed strongly in her case. Otherwise, they would not have put their lives on hold for weeks participating in a trial. There is a general misconception that personal injury lawyers spend a lot of time in trial. In reality, a very small percentage of claims actually go to trial. Most are settled.

There are many personal injury lawyers who have not run a trial in years. A trial usually results in a huge loss to the lawyer. Lawyers get paid a percentage of the settlement or trial judgment, so the client pays nothing extra for the trial.

With the lawyer’s time for running a two to three week trial being worth at least $30,000, and one third being a common percentage fee, the trial result has to be at least $90,000 more than what the insurance company would settle for to make it financially beneficial for the lawyer.

Of course, a lawyer can’t think of his or her own financial interests. The lawyer can think only of the client’s best interests. Let’s say the insurance company has offered $40,00 and a trial is required to force it to pay $70,000, the lawyer must spend that $30,000 worth of time even though the additional one-third fee will be only $10,000.

In this local case, the lawyers, with a verdict of $18,000, are looking at fees of $6,000. They may not see even that amount though. The lawyers would have paid thousands of dollars to bring the case to trial—for medical reports, jury fees, etc. Unless their client can come up with the money to pay them back for those expenses, it will be a loss for the lawyers.

Then there’s the client. First of all, $18,000.00 is likely significantly less than what she was told her case should be worth. It is also likely less than what the insurance company offered to settle the case. She endured a stressful trial and likely ended up worse off than she could have been by settling the case.

It gets worse, though. She will likely be responsible for paying the insurance company’ costs, which may be in the neighbourhood of $50,000. Yes, that means that she will end up owing money after having been injured in a crash through no fault of her own and having endured the legal system through to a disastrous conclusion.

So yes, I feel sick. An injured victim ended up with a horrendous result. I feel for her as well as for the lawyers who did their best to achieve what they thought was justice for the young woman. The lawyers will recover, there are many, many other cases. For the young woman, though, this was her only case.

I regularly express my faith that our legal system is second to none and produces just results. From time to time, though, it is difficult to recognize that justice, and this is one of those times. The thing is, I wasn’t sitting in the court room. I didn’t hear the evidence. I didn’t see how the evidence was presented.

I have to assume that the jury who gave weeks of their time to weigh the evidence got it right and $18,000 was somehow fair compensation for the woman’s injuries.

They certainly wouldn’t have intended the financial ruin that their verdict is likely to inflict on her when the expense of litigation is factored in. Those realities are kept from juries.

Published May 9, 2010 in the Kelowna Capital News