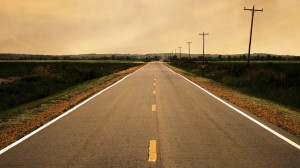 A solemn day of remembrance has just past.  It was a particularly poignant one for me because I attended a Remembrance Day ceremony at my two youngest children’s elementary school.  Morgan, the older of the two, had small speaking and solo singing parts.  Caden joined his big sister in the choir.  The poignancy for me had to do with these innocent children beginning to catch a glimpse of the horrors of war, a glimpse that must be built on if the purpose of Remembrance Day has a hope of being realized.

Another Remembrance Day, about 25 years ago, continues to burn in my mind.  A reservist in a Regina communications squadron at the time, I had the honour of joining three other cenotaph sentries on a nippy November 11th, each of us standing perfectly still, white gloves on the butts of our down-turned rifles in honour of the tremendous sacrifices.  As I imagined my fingers developing frostbite, my own glimpse of what those who have served us sacrificed became somewhat clearer.

Unbeknownst to most of you, another solemn day of remembrance is just around the corner.

A World Day of Remembrance for Road Traffic Victims was initiated by an organization called RoadPeace in 1993.  The United Nations provided international endorsement in 2005, declaring the 3rd Sunday in November as the day of remembrance.  Why?  A staggering 215,000 people are injured every single day in road traffic incidents; approximately 3,500, daily, are killed.

Canada followed suit, and in 2008 we declared the Wednesday following the 3rd Sunday in November to be the National Day of Remembrance for Road Crash Victims.

There is a national website where events commemorating this important day of remembrance can be registered.  As of my typing of this column, there are only three registrations for all of Canada.

I invite you to join me, the Kelowna and West Kelowna mayors, representatives of emergency services (police, fire and ambulance), School District 23, ICBC, MADD, Designated Dads, Briantrust Canada and others this coming Wednesday, November 18, 2015, at 5:00 p.m. at the Orchard Park Mall parking lot, corner of Dilworth and Highway 87, for the fourth annual Kelowna commemoration of this important day.

It will be cold and dark, but the floodlight of a Kelowna ladder truck will help us along and the rushing sound of traffic at one of the most dangerous intersections in Kelowna will help as well as we remember those killed and suffering injuries from road traffic incidents.