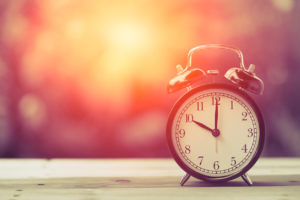 “At midnight, the coach will turn back into a pumpkin, the horses into mice, the driver into a rat. You must not be late!”

Almost all legal rights will disappear if a lawsuit is not commenced to enforce those rights within a certain period of time. That period of time is known in legal circles as a “limitation period”.

What does it take to commence a lawsuit? Filing the right paperwork at a court registry.

Please give a lawyer some lead time to get the paperwork together. I was contacted by one client on the last day of her two year limitation period. It was a coincidence; she didn’t know about the deadline.

My team managed to get the information we needed and file the paperwork before the 4:00 p.m. court registry closing time, but it was a mad rush I’d prefer not to have to repeat!

Had she waited one more day, her claim for fair, financial compensation for her injuries and losses would likely have disappeared.

I say “likely”, because sometimes the insurance company slips up and says or does something that causes a limitation deadline to be extended. Don’t count on it, though.

It feels horribly unfair to me for an insurance adjuster to discourage you from hiring a lawyer and enter into settlement negotiations without warning you that the stroke of a clock can cause your claim to disappear.

Not all insurance adjusters are like that. I know from many of my clients who received a warning that there are many “fairy godmother” adjusters within ICBC who will warn you about upcoming limitation deadlines.

Perhaps ICBC as a corporation could turn over a new leaf and make it a matter of enforced policy that their adjusters deal and negotiate fairly with injured victims.

If they did, I would be out of a job. Why hire a lawyer to enforce rights that are being fairly negotiated without a lawyer?

In the meantime, please consult with a lawyer to learn what limitation periods and other important deadlines apply to your particular claim. There are notice and limitation deadlines that can be very short (much, much shorter than two years), including for personal injury claims.

Further, don’t listen to anyone who says that a child’s legal claim can wait until they reach the age of majority. There are much shorter limitation periods that pertain to children’s claims as well.