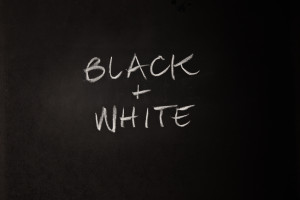 I invite you to read my last recent column about ex-CBC Radio broadcaster Jian Ghomeshi to give you context for my column this week.

It’s an easy find on the Internet, the number one result when you Google “spanking Hergott.”

The morning I wrote that column, I had seen footage of the first of  Ghomeshi’s victims telling her story in a televised interview.

The victim described a brief violent episode that seemed to me to be a minor one in the context of a consensual (up to that point) intimate encounter with a fellow who has shared publicly that he participates in “rough sex.”

I had felt compelled to come to the defence of a public figure whose reputation and career were crumbling as a result of an unsubstantiated allegation that, if true, I imagined to have been an innocent mistake.

I did my best to tell the exact same story that the victim had told, but from my imagined perspective of Ghomeshi who, I imagined, took the intimate encounter to a kinky place that he mistakenly thought would be welcomed by the victim.

I characterized the non-consensual aspect of it as Ghomeshi innocently misreading cues given by the victim.

Within a day or two of writing that column, more victims with more serious allegations surfaced.

The emerging picture since of Ghomeshi is of him being a serial perpetrator rather than an innocent misreader of cues.

With criminal charges now in the works, whatever the true picture might be will hopefully be revealed in due course.

I didn’t feel that my column in Ghomeshi’s defence was problematic beyond the possibility that my perceptions might eventually be proven wrong.

But my associate Jill planted a seed with me, suggesting that perhaps my column might result in me being perceived as misogynistic, as “blaming the victim.”

The fertilizer of MP Peter Goldring’s misguided comments (wearing a video camera as protection when inviting someone to your hotel room) helped that seed to grow into a beanstock.

I did not intend to “blame the victim” in the sense of suggesting the she “asked for it” sort of thing.

My intention was to come to the defence of someone who I had assumed must have been “misguided” or “mistaken,” rather than a crazed, random attacker that the media seemed to be portraying Ghomeshi to be.

I’m six-foot-one and 205 pounds so it’s not easy for me to walk a mile in those shoes, but I used my imagination.

I have a reasonably robust imagination. What a helpless feeling of violation; what an embarrassing, impossible scenario to try to explain to the police, particularly in the context of an otherwise consensual intimate encounter.

I quickly realized that excusing an aggressor for misreading the cues of his victim is about as socially backwards as I could have been.

So much work has been done to change attitudes that automatically “blame the victim” of sexual assault based on what she was wearing, how she was behaving, her level of intoxication, etc.

There is no grey area in consent. You can’t “innocently” engage in a non-consensual act.  There is either a “yes” (unimpaired) or there is no consent.

There I went using my influence as a newspaper columnist erasing some of that important work.

You might expect that kind of thing from a Neanderthal, but certainly not from a reasonably enlightened lawyer.

Should a woman not feel 100 per cent perfectly safe going to the motel room of a male friend in the wee hours of the morning without being fearful of fending off an unwanted, physical advance?

Shouldn’t a woman be able to attend a cocktail party without men taking very opportunity to make some sort of physical contact, whether it’s to greet her with a hug, or that ever-popular placing of the hand in the small of her back?

The answer to those questions is yes, so please accept my apology.

LEGAL NOTICE FROM THE AUTHOR – This column, and particularly my words “There is no grey area in consent. You can’t “innocently” engage in a non-consensual act.  There is either a “yes” (unimpaired) or there is no consent.” represent my personal views.  I was not intending to provide, nor should they be relied on as setting out, legal advice regarding the law of consent in Canadian Criminal Law.