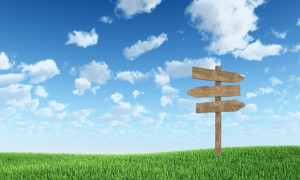 I encounter a whole lot of people who seem to have no idea how our system of compensation for personal injuries works.

This column is for those people. I live and breathe this stuff, so it’s second nature to me. But ask me to change the oil in my lawn mower and I would be just as confused as many people seem to be about personal injury compensation.

For starters, the system is the same for any kind of personal injury, whether you slip on ice in someone’s driveway, get hit by falling merchandise in a store or are involved in a car crash.

What does it take, if you have been involved in one of those types of situations, for you to have a claim?

The first requirement is there must be an injury or some other sort of loss. Does it seem like I am insulting your intelligence?

A drunk driver runs a red light and, by a hair, misses smashing into a school bus full if kids. A nurse marks the wrong testicle for removal, but the surgeon checks the patient chart as a precaution the moment before using the scalpel and discovers the error, avoiding a tragic loss.

In both cases, there’s no claim.

There may be consequences to the people involved, by way of criminal charges or administrative rebuke, but a lack of loss means a lack of claim.

The next requirement is the injury or other loss must have been caused by someone else’s carelessness.

An injury or other loss is a necessary requirement of a claim but it is not the only requirement.

A lady walks out on a skating rink and suffers multiple fractures to her hip when she falls. No claim.

A man suffers a permanent disability arising from a stroke that was caused as a result of a surgery, where a stroke was one of the risks the surgeon explained to the patient and the surgeon used reasonable skill and care when doing the surgery. Again, there’s no claim.

Yes, there were serious injuries but a lack of carelessness on the part of someone other than the injured party means there’s no claim.

Let’s say you have satisfied those two preliminary requirements and you have a claim. You have suffered an injury and that injury was caused by someone who was not reasonably careful.

Where do you go from there? What does it mean to have a claim? Having a claim means you have a legal right to be fairly compensated for the injury or other loss you suffered. That claim to compensation is against the person who carelessly caused the injury.

No one is perfect. We all have careless moments. The prospect of having to pay out a $100,000.00 claim because our carelessness caused someone injury is too much for us to take. That’s where insurance steps in.

The insurance that saves us from bankruptcy in the event we are liable for a claim is called liability insurance. Under the terms of most insurance policies, the insurance company handles it right from the get go, including having insurance adjusters and, either in house or privately hired lawyers, to negotiate and defend the claim.

Your claim is not against an insurance company, however. Your claim is against the person who caused you the injury or other loss.

Practically speaking, though, that person rarely has any interest in the outcome of the claim. Why would the person care what happens with the claim, if there is an insurance company with record breaking profits and very deep pockets handling it.

This ties into one of my previous columns. The fact your claim is against a family member or friend doesn’t take away the role of insurance in dealing with it.

Claims are brought against family members as a matter of course because the odds are pretty good that a family member is in the car when a driver makes a careless driving error.

A common misunderstanding I encounter is the mistaken belief that it is your own insurance looking after your claim.

A common misplaced sentiment is your insurance company should look after you because you have paid premiums for the last 20 years.

Your claim has nothing to do with your insurance. Your insurance protects you if someone makes a claim against you. It does nothing for you if you are the injured person.

It isn’t surprising if you have shared that mistaken believe, particularly given the fact that the ICBC’s monopoly means your insurance company happens to be the same one as the negligent driver’s.

To be clear, I am talking about liability insurance here.

There are many types of insurance that might be available to you if you have been injured where no one else was at fault, including no fault insurance benefits, private disability and medical insurance, and if you were working at the time, Workers’ Compensation Board benefits.

I have given a very simplistic overview of the way the system works.

Be sure that you obtain legal advice any time you suffer an injury or other losses that might possibly be someone else’s fault. There is no need to be in the dark about your legal rights in these types of matters. Don’t let a clever insurance company pick your pocket before you discover your entitlement.

Published May 4, 2008 in the Kelowna Capital News