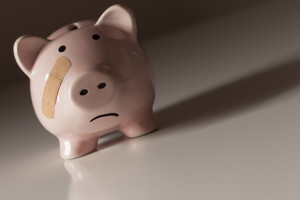 I was pleasantly surprised by the amount of media attention drawn to the event on Shannon Lake Road Sunday afternoon to remember Stew Tuningley, to raise awareness for the need to do something about driver carelessness, and to raise awareness about the state of wrongful death law in British Columbia.

I intend to build on the rally and move forward with my “One Crash is Too Many” agenda of addressing driver carelessness.  I invite anyone who wishes to assist me in my campaign to e-mail me.

The media seemed most interested in the issue of wrongful death law in British Columbia.  That is a campaign that the Wrongful Death Law Reform Group has been working on for some time.  I invite you to e-mail group facilitator Don Renaud – reception@campbellrenaud.com, to add your voice to that important campaign.

The wrongful death topic inspired another, related topic for this week’s column.  I answer the question of what happens if a crash victim is not killed in the crash, but dies before his or her claim for fair compensation is resolved.

Let’s assume your ten year old child is seriously injured in a crash.  The crash, however it occurred, was just as senseless as the one that killed Stew Tuningley.

Your daughter is not released from the hospital until five months after the crash, and is left with serious, unrelenting pain.  Her life is completely changed.  She misses lots of school.  Recreation is pretty much non-existent.

You are advised to wait to see what her future is going to be like, so you resist entering into settlement negotiations with the insurance company until you absolutely have to.

A lawsuit doesn’t have to be commenced to enforce the claim until age 21.  You encourage your daughter to wait until then before considering settlement.  By then, the level of suffering she will endure for the rest of her life will be more clear, as will be her career options.

As a parent, your child’s injuries and the impact they are having on her is breaking your heart.

It is breaking your daughter’s heart as well, along with her spirit.  At age 20, she takes her own life.

Sheesh, what a horrendous story!

What happens to the claim?

Similar to a wrongful death case, your daughter’s claim is effectively deleted except to the extent there were financial losses.

The ten years of pain, suffering and loss of enjoyment of life your daughter endured, from age 10 when the crash occurred to age 20 when she took her own life, goes completely uncompensated.

The offending driver’s liability insurance company gets to tick a claim off their books, adding perhaps a couple million dollars to their profits that year.

This is not a far-fetched scenario.  I have lost a client to suicide, though the suicide was unrelated to the injuries sustained.

I have also lost an elderly client to the natural end of her life.

It often takes 3-5 years to achieve that point of “maximum medical improvement” when the medical system has done all that can be done and time has run its course to achieve maximum recovery from an injury.

Until that time frame passes, the medical system will be optimistic for a full recovery.  Optimism is important, but I recommend allowing the time frame to pass to see whether or not the optimistic prognosis will prove accurate.

There is a probability, at any age, that we will die, so every year there is a percentage of claims that are effectively deleted during their 3-5 year life cycle.

I wonder how much this adds up to in insurance company profits on an annual basis.  I wonder if the law should change so that the non-financial “pain and suffering” losses are compensated, the compensation paid to the victim’s estate.