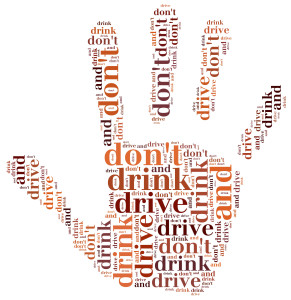 MADD’s “Campaign 911” was unveiled in Kelowna on Tuesday. According to their web site, Campaign 911 is “a Canada-wide campaign to encourage and empower the Canadian public to report suspected impaired driving by calling 911”.

Motivating all of us to watch out for and report impaired drivers will increase the likelihood that an impaired driver will be brought to justice, further discouraging those who might otherwise put your family and mine at risk by driving impaired.  Involving all of us as part of the solution will have added benefits: It will cause us all to make the prevention of impaired driving more of a priority; we will be more conscious and less likely to drive impaired ourselves; most importantly our horrendous “impaired driving culture” will improve.

Tuesday’s “unveiling” was of the Campaign 911 campaign locally, which includes twelve signs that were funded in part by a fund raiser for yet another impaired driving casualty, Riley Russell, who was hit head-on by an impaired driver one year ago.

How many of you were aware of Campaign 911 before the local reporting this week, or before reading this column?

A road safety awareness campaign has legs only to the extent it gets to the attention of the public; only to the extent it is “advertised”.  Public unveilings like this one attract brief, fleeting media attention, resulting in very brief “free advertising”.  If MADD had financial resources, every one of us would be very keenly aware of Campaign 911.  In fact, I am willing to bet that if MADD had the money to put into effective and extensive media campaigns, impaired driving would have been largely snuffed out by now in Canada.

Am I a dreamer?  Cigarette companies managed to convince an entire society that smoking was sexy, and made trillions and trillions of dollars in profit by way of effective and extensive advertising campaigns.  We are very, very, very slowly snuffing smoking out of our society in exactly the same way.  Our progress would be faster if more resources were put to the campaign.  Advertising works.

The important work of MADD and other people and organizations that want to improve road safety is dependent on fund raising hand-outs and the free advertising that comes from staging events that happen to attract brief media attention.

My One Crash is Too Many campaign is another example.  The Capital News has kindly let me “slip in” all sorts of road safety related columns (like this one) in my column of “Achieving Justice” providing me with a free campaign pulpit.  Most of the work on my One Crash is Too Many website is done by volunteers like Helen Hofer, a local clinical counsellor who helps road traffic victims put their important stories together for posting on the site, providing a form of roadside memorial.  The National Day of Remembrance for Road Traffic Victims event was one of those “staged events” that happened to attract media attention.

Look up dropitanddrive.com, another road safety campaign, this one aimed at stopping distracted driving behaviours.  That campaign is funded by way of a non-profit society that raises money through corporate sponsorship.  Have any of you heard of it?  What about DriveSmartBC.ca, the important work of retired RCMP officer Tim Schewe?

How many of you are aware that April is Distracted Driving Awareness Month?

According to a 2007 Transport Canada Report, car crashes cost British Columbians approximately $8.8 Billion per year.  Our entire elementary and secondary school education budget is less than that, at $6 Billion.  That’s some serious dollars and cents, and totally disregards the pain and suffering that Ms. Russell and so many others will endure for the rest of their lives.  Does it make sense to make it a priority to reduce crashes?

I flipped through the very attractive Liberal Party campaign platform online.  It has lots of reference to “Driving Forward”, but does not show any priority at all to reducing crashes.  I didn’t see anything from the NDP either, though I couldn’t easily find an equivalent “pretty” platform document online.  Did I mention that I hate politics?

I had poked and prodded our provincial leaders about initiatives to reduce car crashes back in the Fall, 2011.  It took over six months to finally be connected with a government representation who could tell me anything about what the government was doing about road safety.  I was told on April 20, 2012, by a representative of the Office of the Superintendent of Motor Vehicles that there were “working committees” in place expected to result in a road safety strategy being put to the responsible Minister in the Fall, 2012.  When I followed up on November 5, 2012, I was told that work continues on the development of a provincial road safety strategy, the new aim to have one developed in early 2013.  Well, here we are full swing in an election campaign and there’s no mention of it.

Thanks again, Capital News, for the pulpit.  Will this have legs?  Will road safety become a provincial government priority?