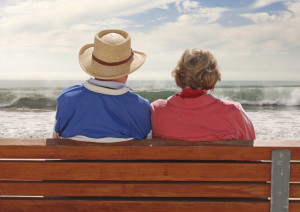 Two crash victims suffer injuries with symptoms that are likely to last the rest of their lives.  One is 25 and the other is 75 years of age.  Are they treated differently when it comes to financial compensation?

Statistically, “the rest of their lives” for the 25 year old is another 55 to 60 years versus another 12 to 14 years for the 75 years old.  On a straight mathematical analysis, shouldn’t the younger person receive more compensation?

Is the quality of life of an older person of less value than that of a younger person?  Is there age discrimination in injury compensation?

My step-daughter posted this piece of wisdom on Instagram the other day: “The most dangerous risk of all – the risk of spending your life not doing what you want on the bet you can buy yourself the freedom to do it later”.  Our traditional model is to work our butts off to make enough money so that we can afford to do all those things we’ve been waiting to do until we have the time and retirement savings with which to do them.

If we struggle all our lives to get there, to those “golden years”, and a negligent driver takes away much of our enjoyment of those precious years, might a senior be entitled to increased, rather than decreased compensation?

The injured victim in Wong v. Towns, a B.C. Supreme Court decision released July 30, 2015, was 80 years of age at the time of the collision.  Madam Justice Bruce set out the purpose for “pain and suffering” compensation, being clear that it is not a mathematical formula but rather a particular assessment based on the particular injured victim.

At paragraph 94, she set out: “Many factors must be considered in assessing non-pecuniary damages.  Compensation is designed to ameliorate the suffering and harm caused by the injuries and to provide some solace.  While the nature of the injury must be taken into account, it is the impact of the injury on a particular plaintiff that is determinative…”.

When considering Mrs. Wong’s age, Justice Bruce looked at both sides of the argument and decided that in Ms. Wong’s situation they balanced each other out: “There is no doubt that had Mrs. Wong been a younger person at the time of the accident, the loss of cognitive function would have been more devastating.  However, I agree with the comments of Justice Fisher in Etson; that is, Mrs. Wong’s loss of cognitive function could be viewed as more serious due to her age because the quality of life becomes more important when there are fewer years left to enjoy.  In the end, however, these two aspects of the “Golden Years” doctrine appear to be evenly balanced in the circumstances of this case.”

Madam Justice Bruce’s decision joins the multitude of other decisions that give us give us confidence that our courts do the justice they are tasked to do, without discrimination.

I am hesitant to provide the dollar figure assessed by Justice Bruce because you would need to read the decision to appreciate the profound impact the crash injuries have had, and are continuing to have, on Mrs. Wong, in order for the number to make sense.  If anyone would like a link to the case, e-mail me and I will send it to you.