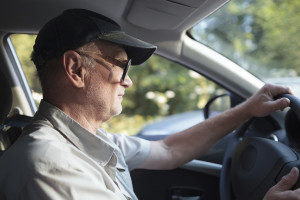 One key goal that we strive for in our legal system is consistency.  If two different judges are faced with similar facts, we expect that they will come to similar conclusions.

That sounds easy enough, but often what sounds easy in theory becomes very difficult in practice.  No two people’s life circumstances are ever identical, and therefore the impact of pain and other symptoms is never the identical.

Let’s say, for example, two people suffer very similar injuries and are left with very similar levels of chronic symptoms, one of the injured victims is 40 and the other is 70.

On the face of it, the analysis seems to have some logical merit, but it smells to high heaven.

There is a passage from a 1967 court judgment that is often quoted by justices of our courts when considering how to compensate those of advancing years.

The judge’s view was expressed as follows: “I take the view myself that when one has a person in advancing years, in some respects an impairment of movement may perhaps be more serious than it is with a younger person.”

After acknowledging the argument of the defence, that compensation should be lower, the judge continued as follows: “…it is important to bear in mind that as one advances in life, one’s pleasures and activities particularly do become more limited, and any substantial impairment in the limited amounts of activity and movement which a person can undertake, in my view, becomes all the more serious on that account.”

Seniors do experience discrimination as a result of their advanced age in our world, but I am pleased to report that such discrimination does not extend to our courts of law.