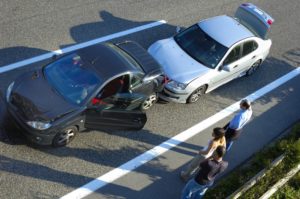 We are moving in the right direction with recently announced changes to ICBC premiums.

But we could do so very much better.

ICBC premiums are being adjusted in a way that, to some extent, will increase accountability for those who cause crashes.

Using dollars and cents to influence behaviour is a regularly used government tool.

One example is the tax benefits of RRSPs and TFSAs influencing us to save money for retirement.

Another is heavy taxes on cigarettes, influencing us against smoking.

Fines influence us against breaking laws.

The political hot button of carbon taxes will influence against the use of non-renewable resources.

Tariffs influence the flow of goods and services across borders.

It’s tricky stuff, though. There can be significant, and unintended, negative consequences.

Distracted driving fines are an example. Imposed at the beginning of 2010, with increases since then, they were intended to influence behaviour in a way that would make our roads safer. Instead, they’ve done the opposite because of the idiocy of only a partial ban of cell phone use and texting while driving.

Our government has blown it with distracted driving laws. Let’s look at the changes to ICBC premiums.

Overall, consequences for causing a crash are increasing, which in my view is excellent.

But what’s with the continued, asinine, “one free crash” notion for experienced drivers? While at the same time increasing the premiums for new drivers who have not caused a crash?

By “one free crash”, I mean that if you have enough years of crash free driving under your belt, your premiums do not increase at all if you are at fault in a crash, regardless of whether your bad driving behaviour caused (and therefore cost ICBC) $5,000.00 or $500,000.00 of injuries and losses.

Thankfully, the availability of that “one free crash” has been reduced, but the fact that it remains available at all drives a stake through my heart. Do we somehow “earn”, with enough years of crash free driving, the right to become careless?

We are, effectively, passing on the consequences of that carelessness onto the backs of new drivers, many (most?) of whom are exercising the highest level of care because years of driving experience have not yet lulled them into a misplaced sense of confidence.

How about we put our focus where it can make a real difference, on changing dangerous driver behaviour and attitudes.

For the most part, our problem is not with the particular individuals who cause crashes. Our problem is a chronic lack of driver attentiveness that inevitably results in a higher level of crashes.

In effect, those who actually cause crashes are more unlucky than culpable.

We need to hear the loud and clear message that keeping our brains on the task at hand is the key. That we must avoid behaviours that actively distract our brains. And that we must actively work to keep the focus where it belongs.

That message would be sent by banning cell phone use and texting while driving. All of it. Not just hands free.

And rather than a fine and points, penalize offenders with an automatic and dramatic increase in ICBC premiums along with a full set of consequences along the lines of those facing alcohol impaired drivers.

We can pussy foot around the carnage on our roads and the horrendous financial consequences of that carnage. Or we can have the political strength to make real changes that will influence behaviour and actually make a difference.