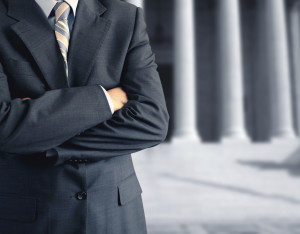 Do you get warm and fuzzy thoughts when you think about car crash lawyers?

I’m going to go out on a limb and suggest not. Okay, I didn’t go really far on that limb. There seems to be a perception that we selfishly profit off the misfortune of others.

Yes, some of them make a lot of money doing what they do, but they earn that money while fighting fiercely for their clients’ rights. But words are cheap. So I come armed with a true story that illustrates my point.

The hero in my story is David Grunder, a lawyer with a legal practice in the Lower Mainland. I doubt he spends any money at all marketing, so he probably doesn’t attract many of the really big cases that fund the oceanfront properties some lawyers live in and the fancy cars some drive. Ironically, the big cases are usually the easier cases. There’s no trick convincing a judge or jury that a head-on crash at highway speed caused serious injuries. It’s the small cases that take the most work.

Grunder does an excellent job for the clients he does attract. Many of those clients may have gone to other, higher profile lawyers first and been turned down. Gruder doesn’t turn down the smaller cases, the harder cases. The case I’m going to tell you about can be found on the British Columbia Supreme Court web site. It is called Dermody v. Gassler, and the decision is dated Aug. 6, 2009.

Mr. Dermody was injured in a rear-end collision. The most serious of his injuries was an injury to his back. The case was challenging for two reasons. The first was that, like 99 per cent of all other collision injuries, it is invisible, meaning it doesn’t show  up on an x-ray. The bigger challenge, though, was the fact that he had problems with his back before the crash as well.

It’s the kind of case that defence lawyers probably dream about. Who is going to believe this guy when he says that his back problems are worse than before? Even if that is believed, who is going to believe that the worsening problem was caused by the crash and not by some other cause, like aging? Even better, what personal injury lawyer is going to hold the insurance company’s feet to the fire and actually go to trial?

Grunder believed his client, and he took a huge risk trying to prove the case to a judge. The risk came from paying more $30,000 in expenses, from his own pocket. Trials are very expensive and this trial was a relatively short one, taking only four days.

The risk also came from the amount of time Grunder spent preparing for and running the trial. If you add up the hours and multiply that by a mid-range lawyer rate, the value of the time he put into the file was over $70,000. It wasn’t the kind of risk that had an upside. Grunder put more than $100,000.00 of his time and money into the case without any hope of being paid fairly for his time, let alone getting anything of a bonus.

Even if every issue in the case went in his client’s favour, it wasn’t a big claim. The size of a claim has to do with what is lost. If losses are small, it is a small claim, plain and simple. As it turned out, the case went well.

The judge awarded just under $70,000 in total compensation, which from my read of the case was a fair assessment of the losses. At most, the amount of fees Grunder will collect will be one-third of that.

I say “at most” because one-third is the highest contingency fee that can be charged in British Columbia for handling a car crash claim. He will also be reimbursed the $30,000 of disbursements. He would have done three times better had he not agreed to take the case in the first place and simply taken on other work that he could have billed by the hour.

You might be wondering why it was necessary to take the case to trial. If the case was a modest one, why didn’t Grunder simply settle it and save himself a bunch of time and money? The reality is he tried. His client was prepared to accept a settlement at less than one half what he was awarded at trial but the insurance company wasn’t interested. There was no other way to force the insurance company what he considered to pay fair dollars.

I have a warm, fuzzy feeling when I think about David Grunder and the selfless work he did for his client.

I know that there are high profile personal injury lawyers who would never have set foot in that courtroom.

Good for you, David Grunder. Keep up the good work!