“One might think it reasonable that pet owners should simply be responsible for personal injury or property damage caused by their pets.” 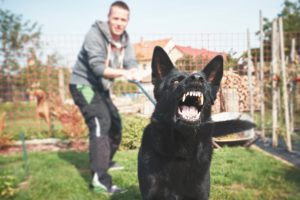 That common sense notion was expressed by the Honourable Judge Ted Gouge in Carr v. Johnston, 2016 BCPC 181 before he started reviewing our outdated laws.

The unleashed pet in that case had jumped up and against a car, causing paint damage costing $1,529.72 to repair.

That’s one end of a spectrum. The other end is the unleashed pet that ripped apart the face of a 76 year old Osoyoos woman on April 7, 2020.

The most common damage I hear about is an off leash dog attacking a smaller, leashed one, the leashed dog sometimes dying even after hundreds of dollars of vet bills.

No owner intends for their dog to cause harm.

It’s a matter of risk.

An owner has complete control over the risk that their dog ownership will cause harm.

The starting point is the choice of dog. Dogs come in all sizes, breeds and temperaments. Owning a larger, more rambunctious or more aggressive dog poses a higher risk than a smaller, more docile one.

And the owner has complete control over how much time and effort is put into training and socializing their pet. The more highly trained and socialized, the less risk that a dog will jump up on a car or attack another dog or a person.

Most importantly, an owner has complete control over their dog’s opportunity to cause harm.

How could the law work any other way, than for a dog owner to simply be responsible for personal injury or property damage caused by their pet?

When it comes to an attack, that’s the law in Ontario. The Dog Owners’ Liability Act  section 2(1), says simply: “The owner of a dog is liable for damages resulting from a bite or attack by the dog on another person or domestic animal”.

The legislation has common sense exceptions. For example, you cannot claim against an owner if you are bitten while committing a criminal offence on the owner’s property!

But in British Columbia, we are stuck with outdated laws we inherited from English courts.

The outdated law does not hold a dog owner accountable unless the victim can prove that the owner was aware of the dangerous disposition of their particular pet.

In most situations, that’s a practical impossibility.

You’re on a walk with your properly leashed puppy. A large, unleashed dog attacks, tearing your puppy apart. The unleashed dog’s owner says: “My dog has never behaved like that before”. How could you possibly prove them wrong?

And why should you have to?

They had 100 percent control of the risk their dog ownership posed to you and others around them.

Even if they were a model dog owner. Even if they had absolutely no idea that their dog would behave that way. They chose to take the risk and had complete control over managing it. Shouldn’t they be ones paying your vet bills?