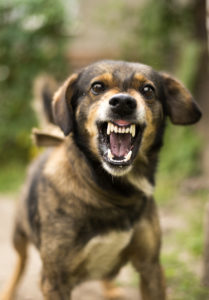 Should a “you break it you bought it” type accountability apply to dog attacks?

It does in Ontario, where they have enacted a Dog Owners’ Liability Act. You can access the act through this link.

Legislation can be difficult to understand. But not the key provision in this act: “The owner of a dog is liable for damages resulting from a bite or attack by the dog on another person or domestic animal.”

How simple and straight forward is that?

Things are different in British Columbia. A recent explanation of how our laws work is provided by the Honourable Judge Ted Gouge in Carr v. Johnston, 2016 BCPC 0181, under the heading “The Legal Responsibilities of Dog Owners”.

He starts out with the reasonable proposition: “One might think it reasonable that pet owners should simply be responsible for personal injury or property damage caused by their pets.”, and then goes on to explain how that is not necessarily the case.

A dog owner in British Columbia escapes civil accountability by proving that there was nothing in their dog’s history that led the owner to expect that the dog might attack.

It is sometimes referred to as the “one free bite” rule.

If your dog has never before bitten anyone, you are not accountable for the first time they do. It’s not quite that simple, but pretty close.

But what dog owner, after their dog has attacked someone, is going to fess up about the dog’s previous behaviour?

That problem is compounded by the fact that the least responsible dog owners are the ones most likely to own unpredictable and dangerous dogs. And irresponsible people are perhaps the least likely to be honest and forthright when faced with the possibility of having to compensate a victim.

Unless there is a public record of a previous attack, because of dog control involvement, how to you get around the owner simply saying “Goodness, I had no idea my dog would ever do that. It’s certainly never happened before!”?

Lawyers pursuing civil accountability for dog attack victims wear more of a “private investigator” hat, than a lawyer one. In addition to other investigative steps, friends and neighbours of the dog owner are interviewed in the hopes that previous aggressive behaviour was witnessed.

Though even if friends and neighbours had witnessed previous aggressive behaviour, their relationship with the dog owner might get in the way of their own willingness to be forthright.

With a lack of honesty, one free bite can turn into fifty.

Our dog accountability laws in British Columbia are truly a dog’s breakfast!

And why should a dog owner get “one free bite” anyway?

Consider a model pet owner who enrols their animal in all sorts of obedience training. And a dog that has never exhibited anything of aggressive behaviour.

It’s an animal! Animals, by their very nature, have some degree of unpredictability.

If I choose to own an animal and choose to have it off leash without a muzzle, shouldn’t it be me instead of an innocent victim who shoulders the financial burden of an attack?

That’s the way it is in Ontario, and I think it’s time we do the same here. It’s as easy as creating the political will to copy and paste Ontario’s Dog Owners’ Liability Act into British Columbia’s law books.

Please send a link to this column to your MLA if you agree.