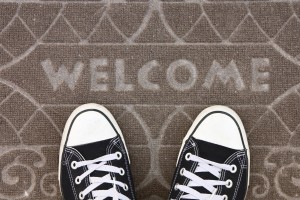 Most of you, therefore, are reading my column for the first time.  It feels like an introduction is in order.

I am a personal injury lawyer.  Yes, I know: “ick”.  The “ambulance chaser” label is a hard one to shake.

Then there’s the lying, cheating, exaggerating clients who have been lucky enough to get into a fender bender and hire personal injury lawyers to help screw the insurance company.

One of the reasons I agreed to start writing this column was that I would be given an opportunity to help change those unfortunate public perceptions.  My very first column, published January 7, 2007, was titled “It’s not about screwing the insurance company” and tells the true story that my job is about preventing injured victims from being screwed, not the other way around.

I have not missed a column deadline in the over 220 weeks since then, though sometimes I’ve gotten just under the wire.  Except when I have been distracted from time to time by other legal topics, this column has been about personal injury claims.

I would not have predicted, back in the beginning of 2007, that I would have been able to write so extensively about such a narrow area of law.  It has turned out not to be a struggle.  Tactics used by insurance companies to avoid paying fair compensation to injured victims seem endless. Misunderstandings and misperceptions about the law are extensive.

With a column bank of 220, extending back four and a half years, I suppose I could press “repeat” and not have to spend the 2-3 hours every week it takes to write a fresh column.  Those of you on the Kelowna side are reading my column for the first time, and who on the Westside would recognize a column from four and a half years ago anyway?

That’s not how I roll.  Fresh columns will continue to flow.  Those of you wanting to “catch up”, or want a crash course on personal injury claims, I invite you to review a complete archive of my columns on my website – www.hergottlaw.ca.

If anyone actually does that, let me know and I’ll send you a sympathy card!

If there is an issue you would like me to write about in my column, please e-mail me.  Don’t feel you need to look up whether or not I’ve covered the topic in a previous column.  Most topics are worth revisiting with a fresh perspective.

I hope Westside readers don’t feel gypped by the complete lack of substance this time around!  I’ll be back at ‘er next week.