Does ICBC benefit if COVID-19 takes the life of someone with an ongoing injury claim? 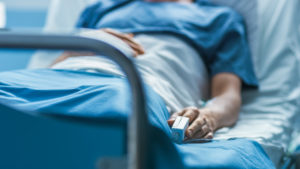 Yes, but really the cause of death doesn’t matter. Nor the size of the claim.

There are two reasons for this.

One is the reality that a personal injury claim is not to compensate for a particular crash or collision. It is to compensate for resulting injuries and losses that often extend to whenever it is you are likely to die.

When assessing future losses, we make calculations based of how long you are likely to live.

I am approaching my 50th birthday. According to statistics, my life expectancy is another 32.3 years.

If I was incurring an annual expense because of an injury, fair compensation would include a sufficient amount of money to cover that expense for the next 32.3 years.

My premature death, whatever the cause, would end that ongoing expense. And the claim my estate could pursue against ICBC would be correspondingly reduced resulting in a windfall to ICBC.

That section allows a claim to be pursued after a person’s death, but specifically disallows any claim for “non-pecuniary loss”, which is a legal term for the “pain and suffering” portion of an injury claim.

And it dies with the injured victim, even if they had already endured years of “pain and suffering” before passing away.

One case where that ICBC windfall occurred is Ryan v. Drybrough, 2005 BCSC 1947

One trial date had to be adjourned because of ICBC providing late disclosure of a report. Mr. Ryan died between that trial date and a new one.

Quoting for from paragraph 2 of the decision: “The judgment awarded today to Mr. Ryan’s estate is only $147, being the special damages, because, of course, the claim for personal injury died with Mr. Ryan”.

That was a class action pursuing compensation for physical, sexual and psychological abuse while at Woodlands School, a facility for children with developmental disorders as well as runaways and wards of the state.

Three of the victims had died after a settlement agreement had been reached and approved in the class action, but before the losses of class members had been assessed.

The court concluded that the claims of the three victims died with them and could not be pursued by their estates.

ICBC cannot be blamed for COVID-19, nor for any other illnesses or causes of death. But they do receive a financial windfall any time someone with an ongoing claim dies before the claim is resolved.

And they can be blamed for causing delays that will naturally increase the number of ICBC claimants who die before their claims can be resolved, such as engaging in a low ball negotiation strategy that causes bottlenecks in our already strained court system.