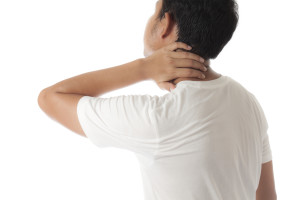 It takes more than just knowing the law to avoid being taken advantage of by the insurance company. You also need to know a little medicine.

I am going to describe a scenario that I expect has resulted in many, many unfair car crash settlements. If you have been one of the victims of the unfairness I am about to describe, reading this might make you angry. I wish I could turn back time. I cannot. What’s done is done.

It happens because your body is strapped into your seat, but your head is not. On impact, your body is held by the lap and shoulder harness while your head is flung like the end of a whip, causing damage to the tendons, ligaments and other tissues of the neck.

Statistically, neck pain arising from a whiplash injury usually resolves with a combination of treatment and time. A typical time frame is less than six months. It is this statistic that the insurance adjuster will focus on. It is also this statistic that the medical specialist hired by the insurance company to assess you will also likely emphasize.

See, the insurance company often hires a medical specialist to assess you. You don’t get to choose the specialist.

I have seen many of the resulting specialist reports. These reports typically refer indirectly to the statistic. The indirect reference comes in the form of a medical opinion that the specialist would have expected the injury to have resolved within some short period of time.

It would hardly take a medical specialist to come up with that common sense opinion.

How useful is that? Let’s look at an analogous situation. It is statistically more probable than not for the weather to be warm and sunny on July 1.

I’ve never seen the medical specialists hired by the insurance company refer to that corollary statistic. The fact that a six comes up only 1/6 of the time when rolling a dice doesn’t mean that the six never comes up. It does. It does with regularity, approximately one time out of every six rolls.

The nice thing about the weather is that it can be seen and felt by everyone. If it pours it pours, and no one will disagree about it. The same goes for dice.

The insurance adjuster will use the medical opinion to try to convince you to accept an unfair settlement.

If the medical specialist would have expected your injury to have resolved long ago, then your chronic neck pain must be because of something else besides the car crash; your neck pain must be all in your head; you must be lying or exaggerating.

Bombarded with all that negativity, you might start second-guessing yourself.

If you are not armed with the corollary medical reality that whiplash injuries can and do result in chronic pain in a minority of cases, you might start second-guessing the very obvious fact that you did not have neck pain before the crash, but you have been suffering neck pain ever since.

You might wonder how it is that you could possibly go up against the insurance company when they have such an apparently compelling medical opinion.

You have not been comforted by the affirmation that it is most certainly not all in your head, that your pain is real, that you just happen to be one of the unfortunate people who rolled a six.

You have not been assured that judges and juries do “get it.” They are not fooled by nonsense. Justice can be achieved.

Don’t allow yourself, or anyone you care about, to be taken advantage of by the spin an adjuster puts on an insurance company-commissioned medical report. Take advantage of a free, no obligation initial consultation with a personal injury lawyer and get the straight goods before making any settlement decisions.