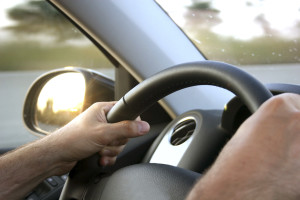 As I came down the stairs at the office, feeling the bounce of my belly excess, I realized that it was New Year’s resolution time once again.

Spending time on the weekend meeting with yet another injured victim of a car crash, I also reflected on the unending tide of road traffic victims and the impotence I have felt in my One Crash is Too Many campaign to stop that tide.

While the bounce of my belly might be more deserving of my attention, nobody wants to read about that in this column!

I have also identified what I think is the reason why we don’t take driving as seriously as we might take the handling of a circular saw or other dangerous piece of equipment.  We are led to believe that driving is a safe activity, that except for those big, fiery crashes that happen to “someone else” there are no serious consequences to being in a crash.

Car manufacturers boast about crash safety ratings, implying that seatbelts and air bags will protect us from serious injuries.  The media provides regular reports of crash upon crash upon crash, noting that there were no injuries or no “serious” injuries.

Where is the motivation to focus your attention on driving if you are continually reminded that you are driving in an air-bag-protected bumper-car where you are unlikely to sustain anything of a serious injury in a crash?

I know, and anyone in the medical field will agree, that people regularly suffer chronic, often functionally limiting, sometimes debilitating, pain arising from “run of the mill” car crashes.  I’m talking about the rear-enders and such that we see on our streets and roads every day.  ICBC’s “community snapshot” for Kelowna notes that someone is injured in Kelowna approximately every 3 ½ hours.  Many of those injuries resolve very quickly, but many never resolve.

Often air bags don’t go off and damage to the vehicles can be minimal, if even apparent.  Even in crashes with lots of twisted metal the drivers and other occupants of the vehicles don’t know, themselves, that they have sustained any injury because symptoms rarely come on at the scene of a crash.  Emergency services are often not called in and, when they are, the emergency services personnel are relieved to find that everyone appears to be ok.  The media reports that there were no injuries, or injuries were minor.

If only the media were to follow up with the vehicle occupants when they wake up the next morning, their muscles in spasm, or months/years later when they are continuing to suffer from chronic symptoms that originated when the head flew back and forth, the muscles, ligaments and other tissues irreparably strained and torn.

Rather than being part of the solution, a road safety strategy document released in August, 2013, by the Province of British Columbia contributes to the problem by focusing attention not on the reduction of crashes, but on the reduction of fatalities and “serious injuries”, where “Serious injuries will be measured as those injuries requiring admission to hospital”.  Car crash injuries very rarely actually require admission to hospital.

I have worked with some members of the local media to try to change the way crash injuries are reported, and I have been encouraged by their response, but my efforts have been too few and far between.

I have also worked with BC Emergency Health Services about how BC Ambulance representatives should report injuries, and have obtained agreement with my proposition that “a BC Ambulance Service Representative should never refer to injuries sustained in a motor vehicle incident as “minor” and should never indicate at the scene of a motor vehicle collision that any of the occupants of any vehicles/pedestrian/cyclist had not suffered any injury at all.”.

I have proposed a meeting between heads of emergency services (police/fire/ambulance) as well as the media, so as to achieve consensus against being minimalistic in the reporting of crash consequences, but I have not been diligent enough in making that meeting happen.

My New Year’s resolution for 2014 is to kick it up a few notches.  I could use some help, perhaps with identifying minimalistic media reports of crashes province wide, and invite anyone interested in participating in these initiatives to e-mail me.