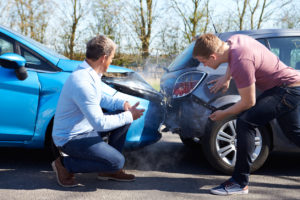 Because the question makes no sense.

The size of a settlement has nothing to do with the type of crash. Nor with vehicle damage.

Can rear-ender crashes cause injuries resulting in pain and other symptoms that last the rest of a victim’s life? Unfortunately, yes.

And it’s not a “once in a long, long while” thing, either. Rear-ender crashes, resulting in chronic, life long injuries, represent approximately 50% of my practice.

In fact, one of the largest ICBC settlements in history arose from a rear-ender. And there was very little visible damage to the vehicle. The victim, an emergency room physician, will never fully recover.

And knowing an “average” personal injury settlement is about as helpful as knowing the average number of leaves that fall in British Columbia yards. A yard with no trees will have no leaves. Depending on the number and size of trees, there could be millions.

The true determining factor for the size of a settlement is the size of the victim’s loss.

Until we come up with some other method of compensation, all we’ve got to work with to compensate innocent victims is dollars and cents.

Just like there are many yards with no leaves, many crashes occur without the occupants suffering any injuries at all. The most recent crash statistics published by ICBC are for 2015. Injuries were reported in only 57,000 of the 300,000 total crashes.

Being the occupant of a vehicle involved in a rear-ender or any other crash does not automatically result in an ICBC settlement. If you were not injured (physically or psychologically), your claim (aside from property damage) is zero.

Of those injured, many will enjoy a 100%, complete recovery. Within a few days, weeks, perhaps a few months they will feel as if the crash had never occurred.

I consider those lucky ones who enjoy a complete recovery to have suffered the most minor of injuries. The injuries won’t feel “the most minor,” though, particularly during the first few days when they are so seized up they can barely move.

Those “most minor” of injuries might or might not force you to miss work, but if they do the lost income is temporary. The need for care is also temporary. Fair compensation for these most minor of car crash injuries is often something less than $10,000.00.

Don’t you dare rely on this column to give you the value of your settlement, though! The value of a settlement always depends on your particular circumstances. Take advantage of a free consultation with a personal injury lawyer before making any decisions about your settlement.

Then there are the truly unlucky ones: those who will never fully recover from their injuries. The starting point for fair compensation for a permanent injury (or permanent worsening of a pre-existing condition) is in the several 10s of thousands of dollars. Add income loss, loss of income earning capacity and what might be a lifetime of therapy, and these losses regularly exceed $100,000.00.

Do you have dollar signs in your eyes? Give your head a shake. A large settlement is not a good thing. It means that so much has been taken away from you.

The very best that our civil justice system can do is to try to give back what has been taken away. There is no “bonus.” When you take off legal fees, the best you can hope for is recovering compensation for perhaps two thirds of your losses.

It is those unlucky ones who most need to be advised about how to protect their rights. So often, important evidence is lost and rights compromised because injured victims are reluctant to get early advice.

It is impossible to accurately predict, during those first few days or weeks after a crash, whether or not you are going to be lucky and enjoy a 100% complete recovery.

Getting informed about your claim does not mean you have to hire the lawyer who advises you. I actually discourage retaining a lawyer during the first weeks to several months immediately following a crash. But get advised, please, as immediately as possible after a crash.

Were you shocked about the 300,000 crashes that occur annually in British Columbia? This growing number represents one crash every approximately one and three quarter minutes. The vast majority of those crashes were entirely preventable with the most minimal of care.

You don’t have to be a highly skilled driver to keep your vehicle between the lines and avoid crashing into things. All you need to do is pay the hell attention.