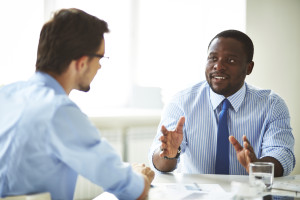 I wonder what percentage of crash victims decide to go it alone when negotiating with ICBC.

I hear about some of them.  One reader of my newspaper column told me about a friend who he has been trying to convince to get a lawyer involved in his ICBC claim.  In case his friend chose not to hire a lawyer, he told me about a piece of negotiating advice with ICBC he gave to his friend.

His negotiating advice was not to accept ICBC’s first offer.

I’ve heard that one before.  It’s excellent advice.  But there is a serious problem with that advice, however.  It suggests you should accept ICBC’s second offer.

Yes, the second offer will be less unfair.  I say “less unfair” instead of “more fair” because I call a spade a spade.  Is a schoolyard bully who slaps a child in the face less nasty or more friendly than the one who delivers a punch?

Here’s a case that followed a very typical pattern when negotiating with ICBC.

I would likely have given my standard advice about whether or not to hire a lawyer.

It would have included the historical fact that I have never had anyone leave my office with less in their pocket, after having paid my percentage fee, than the final offer made after negotiating with ICBC before my involvement.

I am not special. It isn’t any legal brilliance that allows me to get better results than a person can achieve without a lawyer.  Any reasonably competent personal injury lawyer will have a similar record.  It also isn’t exceptional negotiation.  While I consider myself to be a good negotiator with ICBC, I certainly have had clients with more negotiating experience and expertise than I have. 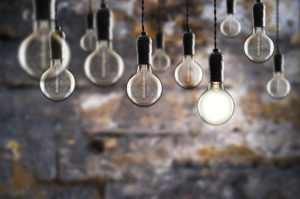 The unrepresented claimants don’t know any different.  They are led to believe they have done really well, getting to almost double the first offer.  After I got involved, we were offered $12,500.  That was offer number four, in case you weren’t keeping track.

Here’s another piece of negotiating advice: Don’t accept ICBC’s fourth offer.  Yes, excellent advice when negotiating with ICBC.  But once again, it comes with the same serious problem as the first piece of advice.  It suggests that you should accept the fifth offer.

The case settled at a mediation.

I will give a detailed description of what a mediation is in another posting.  In a nutshell, it is an informal attempt to come to a settlement with the help of a mediator.

ICBC’s final offer came in at $30,000.  We ended up settling at $45,000.  How did I know that ICBC would pay more than their original $7,500 “final” offer?  How did I know to push beyond $30,000?  I knew what the claim was worth.  I got ICBC to pay the higher dollars by showing the evidence that would support higher dollars at trial.  I was able to convince it that my client would go to trial to achieve justice.

It was a simple business transaction.  Its representatives knew I could do it.  They knew ICBC would pay a lot of money in legal expenses trying to stop me.  They knew that they would fail.

Find out what your case is worth and then line up the cannons to prove to ICBC that you can achieve a just result.  In short, hire a lawyer.