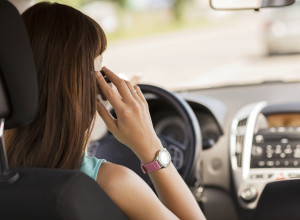 News of the latest ICBC rate hike broke on Friday, August 30th.  My latest rant about our laws that forbid handheld cell phone use while impliedly endorsing the equally (or perhaps more) dangerous hands free version “broke” the day before, with the publication of my last column on August 29th.

It was a timely coincidence.  The two topics are directly linked.

Referring to the increase of injuries and deaths caused by distracted driving, I posed the following question:  “How many hundreds of millions, perhaps billions, of tax dollars and other costs to British Columbians need to be wasted in emergency services, medical care, economic and other losses, before we start taking steps to solve this growing problem?”.

In their explanation for the rate increase, ICBC points to bodily injury claims that increased by $165 Million to reach $1.9 Billion in 2012.

Does that sound like a big number?  A 2007 Transport Canada report estimated the total dollar cost of car crashes on a province by province basis.  The cost to British Columbians, calculated in that six year old report, rang in at $8.8 Billion.  I wonder what that number has grown to as of today.

More and more car crashes result in greater and greater losses.   A “bodily injury claim” is simply an innocent victim’s claim for fair compensation for those losses.  The $1.9 Billion cost to compensate innocent victims is a fraction of the total cost of car crashes to British Columbians.

Statistics can be manipulated every which way to point fingers at this and that other factor, but there is a very, very clear bottom line.  ICBC rates will continue to rise as car crash rates continue to rise.

There’s a bright and shining silver lining to this cloud.  With the stroke of a pen, our Provincial Government could be the first in Canada to impose an outright ban on cell phone use while driving.  With another stroke of the pen, meaningful roadside penalties could be imposed.

Together, those pen strokes would immediately turn the big ship of rising car crash rates around.  That, in turn, would reduce ICBC insurance rates.

Along with a reduction of ICBC rates, British Columbians could look forward to a reduction in taxes as the drain on emergency services, hospital and other medical care, and other tax funded services is eased.

Oh, and as an aside, fewer of our friends, family members and citizens would be needlessly injured or killed.

Get angry and pissed off about the ICBC rate increase.  Then focus that energy on pressuring our political leaders to reduce dangerous driving behaviours that brought about that rate increase in the first place.

You could also look in the mirror and consider whether or not you are part of the problem.  Have you taken my “10 and 2 challenge” to help focus your attention on the road when you drive?  Do you talk on your cell phone or engage in other dangerous driving behaviours?  Do you tolerate others doing the same?

In my view, car crashes are no accident.  The sooner we consider the possibility that “One Crash is Too Many”, the sooner a meaningful difference can be made.