Will you ever catch a thief red-handed, or prowling through your home?  Unlikely. 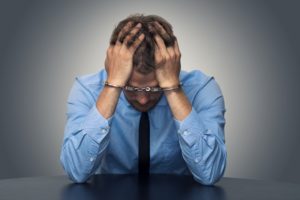 But if you do get “lucky” enough to catch a thief in the act, do the Criminal Code provisions under headings of “Defence of Person” and “Defence of Property” allow you to open up a can of whoop-ass?

They allow only as much force as is reasonably necessary to protect yourself or your property.

And if a thief is going to high-tail it immediately on being noticed, that would mean stepping out of their way.

I am going to give you two case examples as illustrations.

The judge noted that the young man, a cement finisher, was “relatively large and very physically fit”. Predictably, things did not go well for the older couple.

They went to the hospital. The fellow had bruising to his left ear and exquisite tenderness in the left ribs. His wife had tenderness in an area of her back. Police were called at the suggestion of the examining doctor.

Believing the version of events given by the older couple, the young couple were charged. The fellow faced charges of assault causing bodily harm and uttering threats and his fiancé faced an assault charge.

The trial got to the true story.

It turned out that the older couple had been confrontational with the younger about their dogs. Things got physical when the highly irate older fellow approached the young couple in an aggressive manner with his hands full of fresh dog faeces.

Please read the case for the play by play. It’s a fun read. In the end the judge concluded that the young couple were just defending themselves.

And they would have been acquitted of all charges except for one thing. After having acted reasonably in self-defence, the younger man emptied his beer onto the older fellow who was laying on the ground with bruised ribs. What a waste of beer!  And that one action resulted in an assault conviction.

Mr. Meszaros, a 60 year old sportsman, yelled at them from his porch, his loaded 20-guage double-barrel shotgun in hand, telling them to stay put and not move. Not surprisingly, they began to run. And the property owner took pursuit with his shotgun.

Mr. Meszaros caught up with one of the two fellows who had fallen. There was nothing of a physical altercation. The encounter ended with the young fellow putting the two fish back in the pond and apologizing.

What followed makes my heart warm. Thinking he could beat the older man in a scrap, the better runner returned after the shotgun was set aside. He was bested by Mr. Meszaros.

Mr. Meszaros faced criminal charges related to the scrap as well as assault with a weapon. You might not know that accosting or impeding someone while openly carrying a weapon is an assault, even if there is nothing of physical contact.

He was acquitted as related to the consensual scrap. A jury convicted him of assault with a weapon.

The conviction was appealed.

The appeal court considered the various provisions of the criminal code that could excuse Mr. Meszaros’s behaviour, such as defence of property and citizen’s arrest.

The appeal was dismissed, because it was open to the jury to find that his purpose in chasing the young men with his gun was not in defence of his property or to effect a citizen’s arrest, but to frighten and teach them a lesson.

This concludes my three column series on this subject. The law allows you to defend yourself and your property. And in appropriate circumstances to effect a citizen’s arrest. But you become the criminal if you go further than what’s reasonably necessary or your purpose is vigilante justice.