The concerned father I wrote about last week was unable to use “citizen’s arrest” to excuse his minimal assault (grabbing the arm) of his daughter’s tormenter. I am going to explain why. And whether it can be used to excuse assaulting a would-be thief checking vehicle door handles in residential driveways. 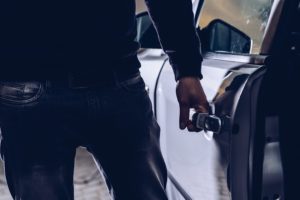 Any application of force to another person, without their consent, is an assault pursuant to section 265 of the Criminal Code https://laws-lois.justice.gc.ca/eng/acts/C-46/page-56.html?txthl=265#s-265.

But our Criminal Code allows for the application of force to another person in certain circumstances, one being when you are making a “citizen’s arrest”, which falls under section 494 https://laws-lois.justice.gc.ca/eng/acts/C-46/page-130.html?txthl=494#s-494.

Mr. Wilson and the boy told dramatically different stories about what happened next. The boy’s version was serious enough that Mr. Wilson was the one charged. At trial, the judge believed Mr. Wilson’s version which was that the only time he touched the boy was when he had grabbed his arm saying: “This will end now. We can go to the police or your parents”.

However minimal it might be, grabbing the boy’s arm was an assault. Mr. Wilson tried to use section 494, the “citizen’s arrest” provision as a defence.

It allows you to arrest someone who is actually committing an indictable offence (s. 494(1)(a)). Leaving aside what “indictable” means, this did not help because the boy was not committing an offence at the time.

It also allows you to arrest someone who you believe has committed a criminal offence. But only if the offender is being freshly pursued by those with the lawful authority to make an arrest (s. 494(1)(b)). Not applicable either.

Mr. Wilson was convicted. Was that a travesty of justice?  It sure feels so. But citizen’s arrest provisions are restricted for good reason. Physical confrontations, particularly between criminals and those without police training, are recipes for disaster.

So what about if you catch someone wandering down your street checking door handles?  They’ve not actually stolen anything, but they’re obviously up to no good. Are they committing an offence that allows you to make a citizen’s arrest?

Section 177 of the Criminal Code https://laws-lois.justice.gc.ca/eng/acts/C-46/page-41.html?txthl=177#s-177 covers the situation, but only if it happens at night: “Every person who, without lawful excuse, loiters or prowls at night on the property of another person near a dwelling-house situated on that property is guilty of an offence…”.

But it is not an “indictable” offence, so section 494(1)(a) referred to above is not applicable.

Fortunately for the more vigilante minded among us, the citizen’s arrest provisions also allow the owner of property (or someone authorized by the owner) to make a citizen’s arrest if you catch someone in the act of committing any old criminal offence (indictable or not) related to the property (s. 494(2)).

So a neighbourhood watch patrol, armed with the authority of all property owners in a neighbourhood, could make a citizen’s arrest of someone they catch prowling around properties in the neighbourhood.

But before you jump into action against a prowler, please consider the following:

And you face the risk realized by Mr. Wilson. The offender might tell a tall tale to the police that could result in you being the one facing criminal charges. And if you are found to have used excessive force that injures the offender, you could face a civil lawsuit and have to pay compensation.

Next week, I will conclude this series with a discussion about what you are permitted to do if you catch someone in the act of actually stealing your property, or having entered your home.