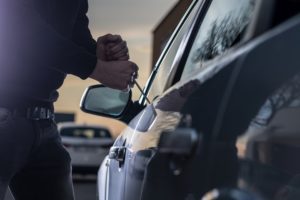 Brazen thieves rifle through our vehicles, steal parcels off our porches and “shop” through our back yards. And three weeks ago a thief had the audacity to wander through a Glenmore home in the wee hours of the morning, fleeing when he was discovered.

The police have nothing to go on unless you can identify the thief, which is next to impossible even with home surveillance footage.

It’s maddening. And seems to be getting worse.

What does the law say about what we can do to protect our home, possessions and loved ones?

Thanks to Stuart, a reader who posed this question to me.

Criminal law is not my area of legal expertise, but I was willing to do a bit of research and share the results.

I will start with a scenario where you see someone walking up the driveways on your street, pulling on vehicle door handles;

If you’re like me, you want to chase them down, grab them by the scruff of the neck and give them such a fright that they never come down your street again.

But we would be committing a criminal offence. Perhaps several!

Any application of force to another person, without their consent, is an assault pursuant to section 265 of the Criminal Code LINK: https://laws-lois.justice.gc.ca/eng/acts/C-46/page-56.html?txthl=265#s-265 And if you threaten to hurt them if they return, that’s “uttering threats” pursuant to section 264.1 Link: https://laws-lois.justice.gc.ca/eng/acts/C-46/page-56.html?txthl=264.1#s-264.1

It was undisputed that Mr. Wilson’s eight year old daughter was being bullied by a 17 year old boy. The bullying included smashing the girl’s bicycle.

When the girl’s bicycle was smashed a second time, her dad took action. He came down to the neighbourhood park and his daughter pointed out the tormenter.

He grabbed the boy by the arm and said: “This will end now. We can go to the police or your parents”. The boy chose his mother’s.

When they got there, Mr. Wilson said that if Anthony touched his daughter, he would break his arm and legs.

When leaving the mother’s residence, Mr. Wilson called the police. Anthony told a completely different story to the police and tables were turned with Mr. Wilson facing a number of charges including forcible confinement, dangerous operation of a vehicle, assault and uttering threats.

The police didn’t have the benefit of a trial to sort out what really happened. They had no choice but to proceed with charges against Mr. Wilson in light of the serious allegations against him.

But the judge heard the evidence and accepted everything Mr. Wilson had to say about what had occurred.

The charges against Mr. Wilson were dismissed except for the very minor assault and the threat. And I’m guessing that if the law would have allowed it, the judge might have dismissed those charges as well.

Mr. Wilson tried to use the Criminal Code provision allowing a “citizen’s arrest”, to excuse the very minimal assault. But that provision did not apply and the judge concluded: “Without the right to arrest, the holding of the complainant’s arm is a technical assault and so he is guilty”.

As for the threat, Mr. Wilson argued he was entitled to threaten the boy to defend his daughter from future aggression. But the law does not support that entitlement. The judge noted: “I know of no basis for using the threat of extreme violence to defend his child from a future event.”

Might the defence of “citizen’s arrest” apply when chasing down a prowler who’s checking vehicle door handles?  You’ll have to wait until next week for that answer, as well as discussion of other scenarios such as if you manage to catch someone actually making off with one of your belongings or discover a thief inside your home.