I can trust in your honesty, but not believe you. 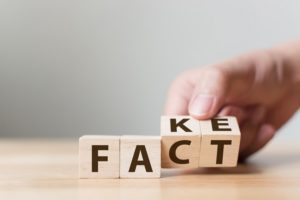 Take flat-Earthers. They might be honest as the earth is long. But they’re wrong.

And my wife. She picks up after me and the “other kids” all the time. Of course she doesn’t remember every little thing she puts away. When I ask her where she put this or that of mine and she denies touching it, of course she’s being honest.

But how else could it be missing? I couldn’t have misplaced it. At least that is my honestly held belief!

Argue the point and there’s trouble.

Being honest does not necessarily mean that what you say is true.

My wife and I are both telling the truth, in the sense that neither of us is lying. But one of us is mistaken.

The credibility side of the equation becomes difficult when the things you say, if believed, will benefit you.

We seem to be built with an ingrained skepticism.

A roofer knocks on the door, says you need a new roof, and hands you a quote. You are less likely to accept that assessment as fact than if a friend or family member, not a roofer looking for business, tells you the same thing.

Or a personal injury lawyer telling you that you need a lawyer to help you with your ICBC claim!

One of the most important parts of my job as a personal injury lawyer has to do with maximizing the likelihood that what my clients say will be believed.

It’s not because I work for a bunch of liars and cheats. Quite the opposite, in fact. I won’t take on a case I don’t truly believe in.

But they start off on the wrong foot because of that ingrained skepticism.

The best tool to counter that is to readily provide information that hurts your case.

It can be a difficult notion to get your head around!  Why hand over information that’s going to be used against you?

Our civil justice system is built on a principle of full disclosure.

Every stitch of relevant medical records will be obtained and handed over to ICBC. As will relevant employment records.

Those who knew you before the collision, and since the collision, will be identified and might be interviewed. You will undergo something called an “examination for discovery” where you will be required to answer all sorts of questions under oath.

The bad and the ugly are going to come out.

If you are up front about sharing the bad and the ugly, it dramatically enhances your credibility.

Another critical tool is to ensure that you are working with accurate facts.

However much your honesty is enhanced by giving balanced information, your reliability will be destroyed if you’re working from a faulty memory.

This is critical stuff. For example, you won’t be asked about your physical symptoms and functionality in the lead up to the collision until a couple years, or more, after the collision. Good luck giving accurate answers without first reviewing your medical records!

That goal can be achieved by proactively obtaining all relevant medical, employment and other materials, putting it into a format that can be digested, and ensuring you review it to refresh your memory.

In a personal injury claim, and in any other context, your credibility and reliability will be maximized if you give the good, bad and the ugly, after ensuring that you are working with accurate facts.