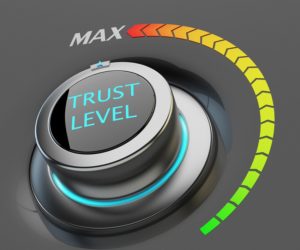 Credibility is important in our world. But in a personal injury claim, it is everything.

The credibility I’m talking about shouldn’t be confused with the reputation you might have built over time in your spheres of influence. An excellent reputation in your community is certainly better than the alternative, but it gets you only so far.

You start from square one in a personal injury claim.

It’s more accurate to say that you start a few rungs below square one on the credibility ladder.

For many, ICBC is our trusted insurance company. For them, you must be trying to screw the system if you hire a lawyer instead of dealing directly with ICBC.

And associating yourself with a lawyer isn’t necessarily helpful to your credibility!

How do you get yourself out of that credibility “hole” and build the credibility needed to achieve a fair outcome?

In my opinion, developed over more than two decades of prosecuting personal injury claims, the answer is raw, vulnerable honesty. Which is so much more than ensuring the words coming out of your mouth are true.

Hold anything back and your credibility will suffer just as harsh a destruction as if you are untruthful.

I meet with a boat load of injured victims with my offer of a free initial consultation.

During that initial consultation, I always ask how they were during the months or years leading up to (before) a crash. It’s an important question. Crash victims are compensated for the difference between whatever level of symptoms they had before a crash, and the new, increased or more frequent symptoms after a crash.

An assessment of the value of that difference cannot be made without knowing how things were before.

Considerable experience tells me that many will not be 100 per cent, completely honest with me. It’s not that they’re liars and cheats. It simply takes time, in a relationship, for trust to develop. They know me only by reputation. We’ve never met.

Fearing that pre-crash symptoms will be used unfairly against them, some fail to disclose those symptoms. Or they minimize their answers.

But then, with my further, probing questions, the truth often comes out.

It’s ok, I explain to them. Pre-crash symptoms can actually be helpful to a personal injury claim, providing a medical explanation for the development of much more significant symptoms after a crash.

What’s not ok is being anything less than completely forthright. Yes, there will be bits and pieces of information that will make your case more challenging. And sometimes those bits and pieces are huge, festering problems.

Your personal injury lawyer will be up for the challenge. But be less than completely forthright about those bits and pieces, or huge festering problems, and you’re flushing your claim down the toilet.

As for their indiscretion with me: it will never leave the room. And provided they learn from that and commit to be scrupulously forthright from then on, I will overlook it as a relationship building exercise.

It’s a tough lesson which requires a lot of coaching and reminding along the way. We learn, early on in our lives, to hold our cards close to our chest. Being scrupulously honest doesn’t get us far in the playground, classroom, and in the world generally.

Your family, co-workers and friends can support you, but so much about what they can say is based on what you have told them.

The same goes for your therapists and doctors.

Until some sort of pain scanner, or direct uplink from your brain, is invented, it is only through consistent, scrupulous honesty that the words coming out of your mouth will be given the full weight needed to achieve fair, financial compensation for your injuries and losses.