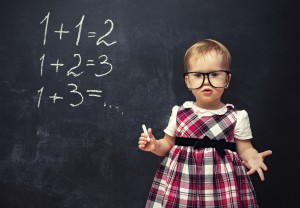 I run my draft columns by my highly educated father who happens also to be very intelligent.  I say “happens also” because I don’t equate levels of education with intelligence.   He couldn’t understand what I was saying my first draft of this column.

I also run my drafts by a friend whose feedback was: “this is one of the harder topics to make interesting to read”.  That’s her kind way of saying it bored her to tears.

I didn’t clean the slate and start from scratch because it’s an important topic.  I hope the redraft is an improvement.  I also hope that at least some of you will continue reading after that less-than-enticing intro!

This column is about the poorly understood matter of “costs”.  Simply put, “costs” refers to reimbursement the “losing” party to a lawsuit must pay to the “winning” party as compensation for the legal expense of pursuing the lawsuit.

This issue relates to personal injury claims because lawsuits are almost always required to pursue fair compensation for injury related losses except in the relatively minor cases where symptoms completely resolve within several months of a collision.

Try to tell someone suffering from months of neck pain and headaches that their injuries were “minor”, but the unfortunate use of language in the industry is a topic for another day.

The costs structure we have in our legal system is not intended to reimburse the “winning” party 100% of that party’s legal expenses.  There are policy reasons behind partial, rather than full, reimbursement that I could discuss in another riveting column.

I have been putting “winning” and “losing” in quotes because in the context of a personal injury claim, those words usually don’t make a lot of sense.  For most motor vehicle injury claims, the issue is not who is at fault, which truly would be a win/lose assessment.  Rather, most claims are about determining how much financial compensation is fair compensation.

Unless there is a “formal offer” that changes the rules (yet another topic for another day), really any level of settlement or assessment of compensation by the court is a “win”.  For the rest of this column, I will refer to the “losing party” as the insurance company.

The legal bill you pay to your lawyer has two categories.  One category is fees.  The other category is disbursements.

Fees in a personal injury claim are usually a percentage of the settlement or trial judgment.  Disbursements are the dollars and cents paid by your lawyer to prosecute the claim.  Your reimbursement in the form of costs is separated into the same two categories.

The disbursements portion of costs is easy to explain.  Examples of disbursements in a personal injury claim are the expense of obtaining and producing medical records, reports from specialist doctors and transcripts of evidence.  For the most part, the insurance company must reimburse all of the disbursements, dollar for dollar.

If your case settles after disbursements of only $1,000.00 are incurred, then that’s what the insurance company must pay.  If it takes until the eve of trial for the insurance company to agree to pay fair compensation, and $30,000.00 of disbursements have been incurred, then they pay that higher amount.  If a trial is required to compel fair compensation, then whatever disbursements are incurred to run the trial have to be reimbursed to you as well.

It is with the fees portion of costs that there is usually a huge difference between the legal bill you pay and your reimbursement as costs.

Let’s say that fair compensation for your injuries is $60,000.00.  If you have agreed to pay your lawyer fees of one-third of you claim, your lawyer’s fees will be $20,000.00, regardless of when your claim resolves.  If you settle your case in the early stages of the lawsuit, the tariff formula will provide for reimbursement of only a small portion of those fees, i.e. something under $5,000.00.  If your case proceeds through a trial, though, the tariff formula may provide for reimbursement of most if not all of the fees.

I had one case where my client ended up receiving more in costs than I charged in fees, but that’s unusual.

With the fees portion of your costs entitlement increasing as the lawsuit progresses, while your actual legal fees remain at a fixed percentage, you at least get some additional financial compensation for the inconvenience and stress of having to go further down the litigation line in order to achieve justice.