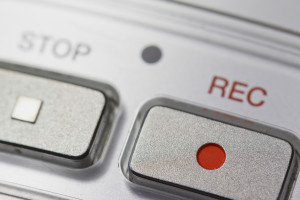 There was some sort of squabble the other day between our two youngest children, aged 10 and 12.  My wife and I called them over to sort it out.

Caden started to tell the sordid tail, but was repeatedly interrupted by his very agitated older sister, Morgan, who kept calling him a liar.

It was a classic “He said, she said” situation.  The truth was in there, somewhere, but good luck getting to it!

When “he said, she said” situations come up between adults, sorting out the truth can be a very high stakes challenge.  When the stakes are high enough, a lawsuit and eventual trial might be necessary.  Imagine the struggle facing a judge, hearing the “he said” and the “she said” years after the events occurred, trying to get to the truth.

How do you avoid being caught up in a “he said, she said” situation?  Countless lawsuits would have been avoided if people took the time to confirm any discussions or agreements that are of any legal significance in writing.

Unfortunately, disputes arise even when time has been taken to confirm things in writing.  Written material often tells only part of the story.

What about audio recording discussions that might possibly have any significance down the road?

Gone are the days of actual cassettes; for less than $100.00, you can buy a small digital recorder that you can slip into a pocket or purse.  Telephone discussions can be recorded with the most basic of technology, whether the call is through a land line or cell phone.

But that’s uncomfortable as all heck!  What better way to cause feelings of distrust than to say: “Hold on a second while I reach into my purse to press record on my digital recorder.”  Further, what if the person you are talking to refuses to be recorded?

Here’s an easy fix:  don’t tell them you’re doing it.

What if there’s a dispute about what was said, and that dispute results in a lawsuit and there’s a trial?  Will the recording be admitted by the court into evidence?

With some very narrow potential exceptions, absolutely.  Though really, if you have recorded a discussion that goes to the root of the dispute, that recording should clear up the dispute without any need for lawsuit and trial.

I am not well versed in the laws that pertain to this situation, but my general understanding (not to be relied on!) is that it is unlawful to surreptitiously record a discussion that you are not participating in.

However lawful or unlawful, there have been circumstances where those types of recordings have been admitted into evidence by the courts as well.

A very recent example is the “conspiracy to commit murder” trial currently going on in Prince Albert, Saskatchewan.  Brigitte Vey, suspecting that her husband was cheating on her, hid a recording device in their home.  Thank goodness she did, because the recording revealed the plot of her husband, and his mistress, to kill her.