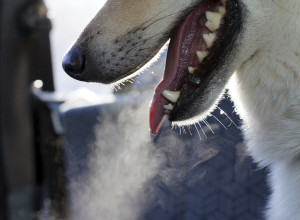 Headlines like that seem to reach out to me. It was a Pomeranian, a three-to-four-pound pound lap dog with soft and fluffy fur. When I heard the story on radio, the announcer concluded by saying: “Sadly, the little dog died.”

Now, don’t get me wrong. It’s not like I’ve got anything against fluffy little dogs. If I was wandering along and came upon a fluffy little dog that had fallen into a pit and couldn’t get out, sure I’d reach down and pull the little fluff ball out.

But really. There was a three-car crash and the news story is all about the death of a fluffy dog? According to the news story, a transit bus was the first to come upon the moving ball of fluff. The driver managed to stop the bus. Obviously, it was a sudden stop. The driver of the next vehicle in line, a Ford Escape, managed to stop before smashing into the back of the bus.

The news story indicated that none of the drivers required medical treatment, but, of course, that just means that they didn’t have blood spurting out of them and their necks weren’t broken. You don’t walk away from a crash like that without injuries.

Who knows how many weeks, months, perhaps years of medical treatment the occupants of those vehicles will require. By the time you read this column, it will be several days after the crash, and the pain will likely be at its worst for those injured. But a valiant effort was made to save the dog.

I’d even go further than to pull a little Pomeranian out of a pit. I’d probably take it home. I would do what I could to find its owner and if I couldn’t, I’d probably keep the dog and care for it. Heck, over the years, my wife would probably be successful in convincing me to pay some nasty vet bills if it came to that.

If I’m driving on a busy highway at 80 kilometres per hour, though, and that little dog runs out in front of my car, I’m going to glance in my rear-view mirror before putting any pressure on the break pedal.

The law is very clear, and, cold as it may sound, it makes a lot of sense. It is negligent to put the lives of other drivers at risk to save an animal. It doesn’t matter if the animal is a Pomeranian, a squirrel, a turtle, or row of fuzzy yellow ducklings. In my view, the headline should have read: “Negligent Bus Driver Puts The Lives And Health Of Passengers And Vehicles Behind Him At Risk Over A Puff Ball”.

Sorry, bus driver. You have a good heart. You reacted without thinking. I just wish that your training had caused you to react in a more sensible way.