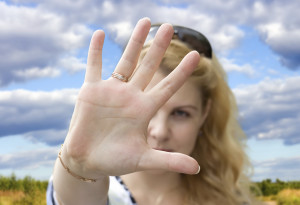 I guess it had to happen sometime. Some of my material isn’t exactly pastel, particularly when I’m writing about the way some insurance companies handle car crash claims.

When I’m upset at the way innocent crash victims are treated, my tone can come out downright aggressive. I started writing this column in January, 2007.

Until this past week, the feedback I have received from readers has been entirely positive.

But the e-mail I received this week was different.

“I am getting a bit sick of reading your tirades against insurance companies,” it said.

The writer went on to suggest I am bashing insurance companies to be politically correct and self-serving. It is his opinion that my “diatribes” are unprofessional.

I take my responsibility as a columnist, as well as my position as a lawyer, very seriously.

I certainly attempt to hold myself at the highest levels of professionalism.

My columns are not calculated to be unfair to insurance companies.

Nor are they calculated to score business by feeding a public hunger for insurance company-bashing.

One of my agendas, figuring prominently in my first column (all my columns are archived on my web site), is to counter the public perception of insurance claimants as money-hungry cheaters who want nothing more than to screw an insurance company.

Of note are the headline grabbing stories that circulate on the Internet such as the one about the lady who sued for millions because she was burned by a restaurant’s coffee.

Stories such as those fail to go on to explain, for example, that the jury in that case was swayed by the pubic skin grafts the lady had to undergo because the coffee spilled in her lap, as well as by the evidence that a profit-based decision was made to increase the temperature of the coffee with full awareness of risk to the public.

The reader’s feelings and opinion might have had to do partly with his misunderstanding of the point I was trying to make in my last column.

He thought that I was suggesting that insurance companies should make advance payments where liability was at issue.

I was talking only about the circumstances that are the vast majority of cases that I handle, where liability is perfectly clear (rear-enders, blowing red lights, etc.), and there is absolutely no chance that the claim could run shy of the few hundred bucks the single mother claimant needed for user fees.

I was talking about the situations where the adjuster is willingly providing advances for full income loss and full treatment expense, and then immediately turns off the tap when I am retained.

I was talking about unfair insurance company tactics— tactics that may be perfectly legal, but are unfair.

I was also talking about such tactics in the context of overt efforts being made by adjusters to keep claimants away from guys like me so that they will be kept in the dark as to what their rights are, and therefore settle their claim for unfairly low dollars.

I put my heart and soul into fighting on behalf of every-day folk who, through no fault of their own, are suffering pain and economic losses and need someone to go up against a powerful insurance company.

I have seen countless examples of insurance company tactics that are, in my view, unfair.

I can understand how my columns might seem to be passionate.

I do not accept, however, that I am in any way being unprofessional.

In my response to the email writer, I noted that perhaps he was reacting to my column from the perspective of being in the insurance industry.

I very much regret any discomfort I may have caused the men and women who work in the insurance industry.

Even then, it is not the adjusters I take issue with. They are doing their jobs.

The insurance industry is very broad. In my experience, it is generally characterized by service excellence and high standards of fairness.