Kelowna West MLA Ben Stewart was stuck sitting beside me at an event Thursday night. 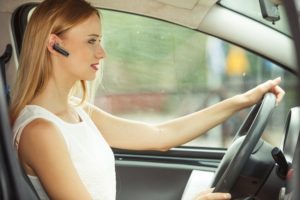 It was open seating. My wife and I had “claimed” our seats with a purse and tilted chair. As luck would have it, Ben had later done the same with the seat directly beside mine.

There’s no bad blood between us. It’s just that he’s a politician.

And I hate politics!

Democracy would work well if we were a fully informed public, voting altruistically for what’s best for our society as a whole.

But we’re horribly uninformed, look out for our own self-interests and are susceptible to influence by special interest groups.

Government policy is determined not on the basis of “what’s right,” but on the basis of what will get the most (or lose the least) of those uninformed, self-interested and influenced votes!

That doesn’t mean that I hate politicians.

I suspect politicians hate politics just as much as I do!  Ben Stewart and others who have stepped up in political leadership are trying their best to make a positive difference.

But their hands are tied. They cannot do anything that might risk votes.

Ben got a frustrated ear-full from me about British Columbia’s disaster of road safety policies.

I told him about the research the British Columbia government had done in 2009 before passing our “distracted driving” legislation effective January 1, 2010.

The research identified driver distraction as a serious problem: “Evidence from a convergence of research has shown that driver distraction, of all types, is associated with approximately 25 per cent of crashes and results in a significant cost to society in terms of tragic loss of life, serious injuries and resulting monetary costs.” (Addressing the Problem of Distracted Driving and its Impacts to Road Safety, Executive Summary, paragraph 1).

And singled out “…activities such as talking on a cell phone and manipulating electronic devices…” as being “…on the end of a continuum of distractions that require significant amounts of attention being diverted away from driving tasks.” (Executive Summary, paragraph 3).

The research noted that “Talking to a passenger in the vehicle versus talking to someone through electronic means and who is not in the vehicle does not cause the same level of distraction.” (Executive Summary, paragraph 6).

And noted: “At the other end of the spectrum there is no evidence that listening to the radio or a book on tape degrades driving performance. This finding underscores that not all distractions are alike and that there is clearly a continuum of distractions.” (Executive Summary, paragraph 7).

And this key point: “Evidence also concludes that there is no difference between the cognitive diversion associated with hands-free and hand-held cell phone use.” (Executive Summary, paragraph 4).

The danger of passing laws banning one (hand held) and not the other (hands free) was specifically noted:  “Legislation that bans only hand-held cell conversations conflicts with the research that has consistently found no difference in the degree of distraction between hand-held and hands-free cell conversations. As a result, these laws may not provide the expected benefits and may even generate harmful indirect impacts such as a false sense of security for those who talk on hands-free devices while driving.” (page 18, 3rd paragraph).

Yet what did the British Columbia government do as of January 1, 2010?  In the face of their own research that there is no difference between the cognitive diversion associated with each, we banned only the hand held version and not the hands free version of electronic device use.

Why?  It must have been seen to be too politically dangerous to force British Columbia voters to leave their phones completely alone when behind the wheel.

Why else would we have told the driving public this dangerous lie: “Go out and spend money on hands-free devices. That’s safe. It’s just hand-held use that’s dangerous.”

And we’ve compounded that lie by upping the penalties for hand-held device usage while leaving the equally dangerous hands free version perfectly legal.

No wonder a downward trend in crash statistics was stopped in its tracks in 2010, and has reversed since then.

Ben asked me to send me the government paper I was referring to. I figured I’d do so through this column. We will achieve “the right thing” only if public opinion backs it up and this column is my best hope at swaying public opinion.