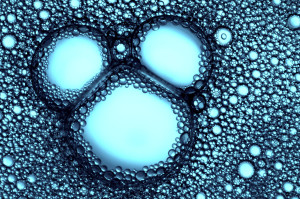 I just returned from my first trip to Disneyland. It wasn’t on my “bucket list”. It’s not like I’ve got one foot in the grave, but I could have died contentedly without ever seeing Mickey in the “flesh”. I was raised by parents who had both witnessed the extreme poverty of Third World countries. This translated into my brother and me being shielded from much of the popular culture of cartoons and whatnot, so I didn’t develop any burning desire to see the “Magic Kingdom”.

There was certainly no way our parents would have taken my brother and me on such an indulgent holiday. I expected a super-commercialized experience and goodness, my expectations were met. Don’t get me wrong, it was a fabulous holiday experience for my wife, my kids, and yes, for me. But I’d be interested in knowing how many dollars flow through that place per hour.

Yes, it is true. While the kids were excitedly chasing down the likes of Pluto and Mickey Mouse, I was noticing the hand rails, traction strips and safety announcements. What can I say, I’m a personal injury lawyer.

Here’s an example of safety. There was a parade on the California Adventures Park side of the complex that involved a little water play. Most of the floats delivered little squirts of water into the crowds of people lining the sides of the road. Inevitably, some water ended up on the street itself. It wasn’t much – a squirt here and there. Following the parade, though, was a line of workers pushing brooms and a Zamboni style water vacuum to ensure there were no slippery spots left behind.

Another example had to do with our three-year-old son. Like many three-year -olds, Caden likes to climb. And, like many dads, I let him. But not the staff at Disneyland. If Caden got more than a metre or two above the beaten path, there was someone coming over to ensure he got down. They kept saying that it is the “Happiest Place on Earth,” I would suggest it is also the safest place on the planet. Why is that?

We would all like to think that safety is a priority because Disney officials care about us and want to make sure we don’t hurt ourselves. I don’t think so. I think it’s all tied into dollars. Injuries are ex-pensive. There are the legal dollars spent to defend an injury claim, regardless of how valid the claim may be. Then, if the claim is a valid one, there’s paying compensation for the losses arising from the injury, which can be very substantial.

Keep injuries to an absolute minimum and you’ve got a much lower cost of doing business. But doesn’t Disney have insurance that protects it from claims? In practical terms, likely not. An operation the size of Disneyland’s size either handles injury claims in house, without insurance, or has insurance premiums so closely related to the cost of claims that it is as if there is no insurance at all.

It’s the same thing that motivates the auto insurance companies to fund campaigns aimed at making us better drivers. The better we drive, the fewer injury claims. And the fewer injury claims, the higher the company’s profits. You and I, in our businesses and our homes, are less driven to be safety conscious by financial considerations. We have insurance that shields us completely from the financial consequences of a claim. By doing so, it also takes away the motivation to ensure our offices and homes are safe. It doesn’t financially benefit any one of us to take extra care to ensure other people’s safety.

The cost of an injury will be absorbed by the insurance company, which will accordingly adjust premiums for everyone, resulting in very little financial consequences to the owner of the dangerous premises. I encourage everyone to take responsibility for the safety of those coming into our homes and places of business, regardless of a lack of financial incentive. Take a safety inventory. Pretend you’ve got a toddler coming to visit. Together, we can make positive changes. Take the lead from Mickey Mouse, but do it for the right reasons.