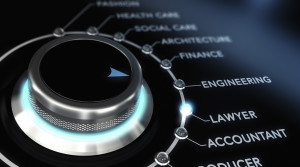 The importance of obtaining legal advice before settling a car crash claim has come up in several of my posts.

In this posting, I am going to provide some suggestions with regard to choosing a lawyer. It can be a daunting task.

Open up the telephone book.  There are pages and pages of them.

Several law firms have double page spreads.  Most of the advertisements in the telephone book list “personal injury” services.  There are sometimes cardboard fold-out advertisements.

Then there’s newspaper and radio advertisements, billboards and bus signs, not to mention magazines, television and hockey arena boards.  Show me an advertising method and I’ll show you an advertisement for a personal injury lawyer.

The advertising must work.  Why else would so much money be spent on it?  I wonder how much a cardboard fold-out costs. Some of the advertisements are really quite appealing.  There are some talented media people out there.
The problem is that having the good business sense to spend a lot of money on advertising does not necessarily translate into being a talented lawyer.

The fact that you may be attracted to a piece of advertising doesn’t mean that the lawyer behind it is the right choice for you.

So, if advertising is not a useful guide for choosing a lawyer, what is?

With so many lawyers offering personal injury services, you need to narrow the field somehow.

Also, it can be very expensive to change lawyers part way through a personal injury claim.  Two lawyers need to be paid instead of one.  That, and it takes a lot of energy and time to get a new lawyer up to speed.
I recommend that you consider two key factors, each of which carries equal importance.

One of the keys is finding someone who you will enjoy working with.  There are as many different kinds of personalities as there are lawyers.  With a lawyer–client relationship that may be very lengthy, you better find a lawyer with a personality that fits with yours.

The other key is ensuring you find someone who you will have confidence in.

You will need to make some very serious decisions when settlement offers start flying.  Those decisions will be very stressful if you do not have complete confidence in the advice you are receiving from your lawyer.  All the friendliness in the world won’t help you then.

You may also face having to go to trial in order to force a fair result.  If you do not have confidence that your lawyer can take on the insurance company in a trial, you may end up folding for inadequate compensation instead of taking that step.  Worse, going to trial with a lawyer you do not have complete confidence in is sort of like going to a gun fight with a pop gun.

Of course, an office consultation will be necessary in order to evaluate these two factors.  Don’t be shy.  Personal injury lawyers typically offer a no obligation, free initial consultation. Schedule interviews with several lawyer prospects, and follow through with them.  Choosing the first lawyer you interview is sort of like marrying your first date.

To a fellow who has never kissed a girl, pretty much any girl will seem like the greatest thing since sliced bread.

Personal injury lawyers are often charismatic people.  If you are like my typical client, you may never have worked with a lawyer before.  Lawyers may seem larger than life, as goofy as that may seem.  You may well be impressed with any lawyer you interview.  Don’t rely on that first kiss.  Meet with some others so that the best fit can be found.

And in fairness to those who put big bucks into advertising, you should not pick a lawyer on the basis of a newspaper column or blog posting, either.  A talented writer is not necessarily a talented lawyer!