A new court decision shines light on the dark shadows of ICBC investigations and lays out a framework for what is acceptable and what crosses the line. 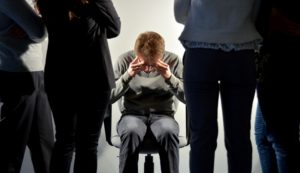 ICBC must be able to root out exaggerated and downright fraudulent claims.  But injured victims must not be further victimized by aggressive and inappropriate investigation techniques.

It is an issue that has never before been addressed by our courts because no-one has ever made ICBC’s investigation tactics an issue in a trial.

Kudos to John Rice and Anthony Leoni, the fine lawyers who put ICBC’s investigation tactics front and centre by asking the court to penalize ICBC for their conduct.

One tactic used by investigators was contacting and interviewing co-workers and employers.

It is normally appropriate to speak to a plaintiff’s past and present employers and co-workers to test and understand a claim for loss of income.

But the court noted that doing so excessively can be a problem: “Excessive investigation will inevitably get back to a plaintiff and will be, at a minimum, embarrassing.  If it continues, it becomes intimidating.  It also has the prospect of casting a plaintiff in a poor light with others, as someone who is not honest or who is malingering.”

The court also noted that “Similar considerations pertain with respect to investigations or interviews with a plaintiff’s friends, acquaintances or teammates.”

Innocent until proven guilty isn’t a reality in the court of public opinion.  Prowling ICBC investigators are bound to tarnish a reputation, however honest and forthright the claim.

Aside from tarnishing how others might think of you, it is horribly uncomfortable and invasive.  The court noted: “A plaintiff’s awareness that he or she is being investigated, particularly where that plaintiff is emotionally fragile or anxious or depressed, can be particularly distressing.”

On one occasion, an ICBC retained investigator used what the court referred to as a “shotgun” approach, contacting 17 individuals within the space of a few days, noted to be “…the very approach or behaviour that can cause the sort of upset and difficulty that I have described”.

ICBC provides guidelines to their investigators, which include the directive that: “All investigations must be carried out in the least obtrusive way possible.”  Obviously, as noted by the court, the shotgun approach was not consistent with that.

Another tactic used by ICBC investigators was to show up, unscheduled, at a teammate’s home.  The investigator explained that it is often more effective to show up like that than to try to connect with them by telephone.

The court admonished that conduct: “That may be (that it is more effective) but such behaviour is necessarily more intrusive and more invasive.  Even if done politely it has the air of being more aggressive.  Arriving unannounced on the doorstep of a friend or teammate of a plaintiff is, again, likely to get back to that plaintiff and to be, at a minimum, embarrassing.”

In the end, ICBC was not penalized.  The court commented that there had not been any formal or explicit direction from a previous court to measure the investigative conduct against.

We now have that direction, which should assist with preventing inappropriate investigation tactics in the future.

I plan to continue this topic next week, to discuss the various ICBC investigation techniques that were discussed in the case and court commentary about what is reasonable.