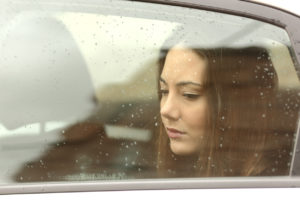 “Clearly, a drunk can consent.”

Dangerous words when pulled out of context from a judge’s acquittal of a cab driver, found by police with pants undone and an unconscious woman in his cab, the woman’s urine soaked pants and underwear in his hands.

Out of context, they could mean that it’s ok to sexually prey on women who are so drunk that they urinate in their pants and pass out drunk.

It’s not, and the judge didn’t say that it is.

The judge actually denounced the cab driver’s behaviour, who had been entrusted with taking a very clearly intoxicated young woman home.

He expressed his moral judgment that even if the young woman had expressed her agreement that he remove her clothes, he should not have done so. Even if she had been flirtatious with him, acting on that would be taking advantage of a vulnerable person.

He was also supportive of the police officer who made the arrest, noting that the circumstances were such that they “would lead any reasonable person to believe that Mr. Al-Rawi was engaging in or about to engage in sexual activity with a woman who is incapable of consenting.”

However much the judge denounced the cab driver’s behaviour, he had a difficult job.

The passed out victim had no memory of what occurred. There was only circumstantial evidence with which to infer her level of capacity at the time her clothes were stripped off, which was the evidence of sexual contact between the cab driver and the victim.

“…I do not know whether Mr. Al-Rawi removed (the complainant’s) pants at her consent, request, with her consent, without her consent. I don’t know. The Crown marshalled no evidence of this.” (Click HERE for full transcript)

Obviously, if the victim was already unconscious at the time the clothing was removed, she could not have consented. But the judge had no way of knowing whether or not she was conscious at that time.

As for her capacity before passing out, a forensic alcohol expert testified that even at her high level of intoxication (about three times the legal driving limit), the young woman “might very well have been capable of appearing lucid but drunk and able to direct, ask, agree or sexual consent to any number of different activities.”

The acquittal is under appeal. Perhaps the appeal court will find that there was, indeed, sufficient evidence to infer the facts necessary to convict.

I think it’s important, though, not to direct our revulsion about a lack of criminal accountability for this cab driver’s horrible behaviour at the judge, nor at an appeal court that might well uphold the acquittal.

Judges simply apply laws that we create. Do we want cab drivers to be criminally accountable for taking advantage of vulnerable passengers? We can pass laws that will do that.

Do we want criminally accountability, generally, for taking advantage of vulnerable women? We can pass laws to do that too.

The law we are currently asking judges to apply comes from section 273.1 (2)(b) of the Criminal Code.

It says that you do not have consent if a person “is incapable of consenting to the activity.”

“the complainant’s cognitive capacity is sufficiently impaired by the consumption of alcohol so as to make her incapable of knowing that she is engaging in a sexual act or that she can refuse to engage in the sexual act.”

Holy, smokes, that’s a high standard! It’s not enough, in itself, to prove that the victim was “falling down drunk.”

Do we want to fix it? It is fully within our power to do so. Let’s pass laws to protect those who have become vulnerable by intoxication from predators who would take advantage of that vulnerability.

For more examples about the blurred line of sexual consent while intoxicated:

Paul comments further on the limitations of sexual abuse settlements: